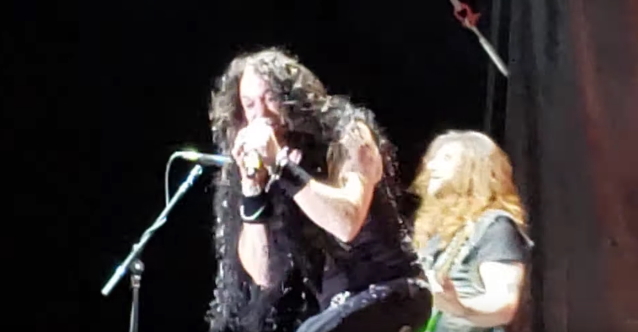 SKID ROW celebrated the 30th anniversary of its classic second album, "Slave To The Grind", by performing it in its entirety last night (Thursday, August 5; postponed from July 11) at The Amphitheater at Rolling Hills Casino And Resort in Corning, California. Fan-filmed video footage of the show can be seen below.

Last summer, SKID ROW bassist Rachel Bolan told SiriusXM's "Trunk Nation With Eddie Trunk" that he and his bandmates would embark on a "Slave To The Grind" 30th-anniversary tour in 2021. "We'll do the album in its entirety, and then we're gonna do a bunch of stuff to coincide with it," he said. "We're pretty psyched, and the shows are booked. We're keeping our fingers crossed that everything is gonna come to pass… It'll be cool, to go out there and do 'Slave To The Grind' top to the bottom. That'll be fun."

As previously reported, former SKID ROW singer Sebastian Bach will also celebrate the "Slave To The Grind" anniversary on a U.S. tour this fall. He will perform the LP in its entirety at all shows on the trek, which will kick off in October.

Bach previously performed "Slave To The Grind" in its entirety in October 2019 at the Whisky A Go Go in West Hollywood, California. Earlier that fall, he completed a U.S. tour during which he celebrated the 30th anniversary of SKID ROW's self-titled debut album.

In June 2019, Bach issued an "open invitation" to the other members of SKID ROW's classic lineup to "get onstage and jam" during the vocalist's last tour. A few days later, during an interview with Finland's Kaaos TV, guitarist Dave "Snake" Sabo confirmed that he would not accept Bach's latest overture. "I'm working with my band," he said. "This is SKID ROW, and this is what I do."

Drummer Rob Affuso — who left SKID ROW in 1998 and claims to be "the only former member that keeps in contact with all former SKID ROW bandmates and is still good friends with them all" — subsequently joined Bach in September 2019 at Sony Hall in New York City to play the band's classic song "Makin' A Mess".

In February 2019, Sabo told "Trunk Nation With Eddie Trunk" that SKID ROW came "pretty close" to reuniting with Bach after Harnell's exit from the band. But then he clarified: "I said 'pretty close,' and that's actually not true. Because we didn't get beyond text messaging each other, to be quite honest. The same old stuff just seemed to exist where there was this confrontational sort of demeanor going back and forth between myself and Sebastian. 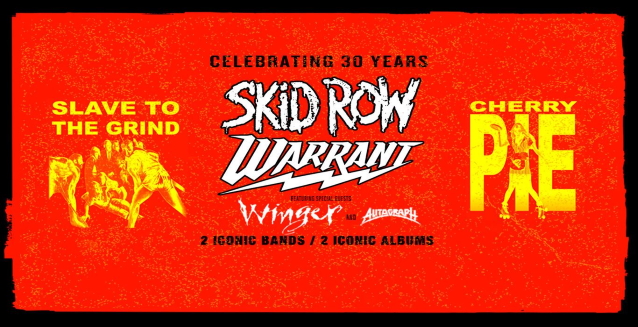