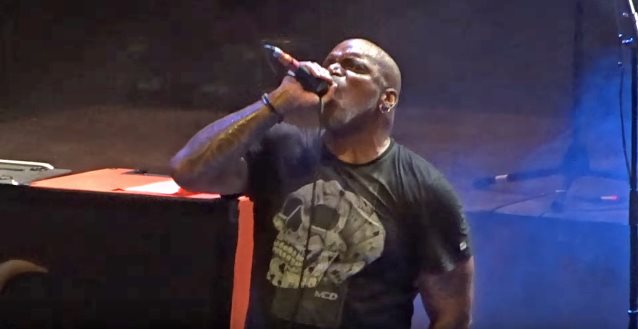 Fan-filmed video footage of SEPULTURA's entire March 7 performance at Stadium in Moscow, Russia can be seen below.

SEPULTURA guitarist Andreas Kisser told Metal-Heads.de that the band's official documentary, which has been in the works for several years, is "finally done." He explained: "The director is following the band the last seven, eight years almost. He went on different tours — he went to Indonesia, Europe, States, everywhere with us — and also [collected] interviews with a lot of different people, musicians and roadies, and I think it will be very interesting to show how it is to be a part of a band like SEPULTURA and to have a family. Not only for the metal crowd, but for the normal crowd, to see the trajectory of a band from Brazil and thirty-three years of a career and stuff. I'm very excited about it. It took a while, but there's no other way to do something like that. But hopefully now in May or in April, we're gonna have more news and a date for the specific official release." 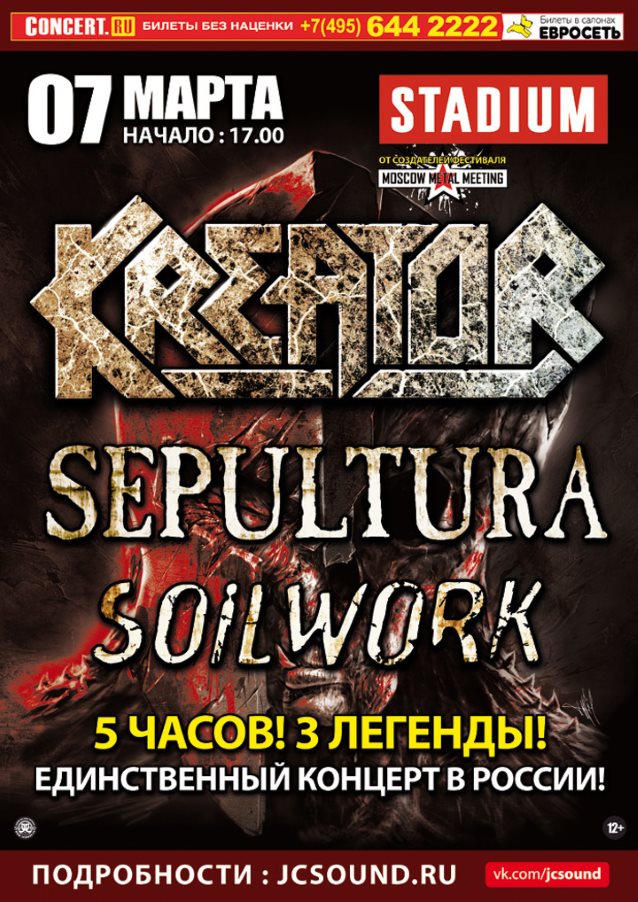