SEPULTURA's May 2 concert at the Hard Rock Café in Dubai, United Arab Emirates was livestreamed on YouTube and can now be seen in its entirety below.

According to Skull Session, a "ban order" had been placed on SEPULTURA, accusing the bandmembers of "insulting Christianity" and being "devil worshippers."

SEPULTURA had previously played in the region, having performed in Dubai around two years ago.

SEPULTURA made headlines in 2016 when the group's scheduled concert in Cairo was scrapped at the last minute over the same "devil-worshipping" accusations.

In the early 2000s, there was strong opposition to heavy metal in Lebanon. People would be arrested in the streets for wearing a heavy metal band T-shirt as many thought it was satanic.

Elia Mssawir, who helps to organize the annual Beirut Metal Fest, told CNN last year that the metal scene is largely accepted in Lebanon now and most people understand it to be a form of art. 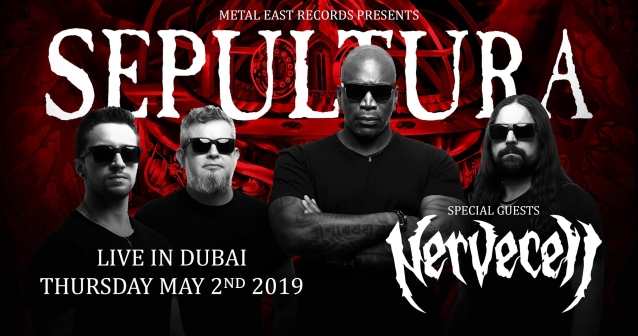