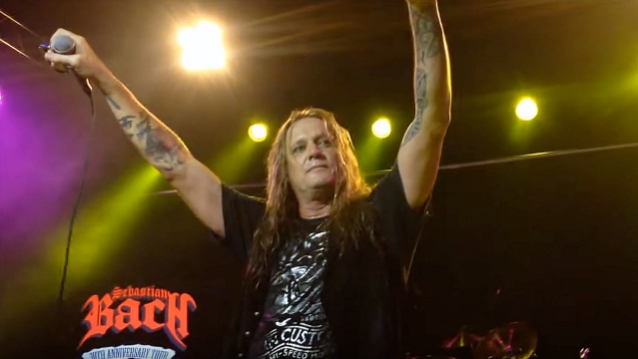 Bach opened the 15-song set with "Tornado" — the LP's final track — and "Forever" before the singer performed the rest of "Skid Row" in order. As an encore, Sebastian played two songs from SKID ROW's 1991 album "Slave To The Grind": "The Threat" and "Monkey Business".

Fan-filmed video footage of the concert can be seen below (courtesy of YouTube user "Unicorn Spirit").

In June, Bach issued an "open invitation" to the other members of SKID ROW's classic lineup to "get onstage and jam" during the vocalist's current tour. Drummer Rob Affuso — who left SKID ROW in 1998 and claims to be "the only former member that keeps in contact with all former SKID ROW bandmates and is still good friends with them all" — subsequently responded to Bach on Facebook, writing, "Sure! I'll be there dude." A few days later, during an interview with Finland's Kaaos TV, guitarist Dave "Snake" Sabo confirmed that he would not accept Bach's latest overture. "I'm working with my band," he said. "This is SKID ROW, and this is what I do." 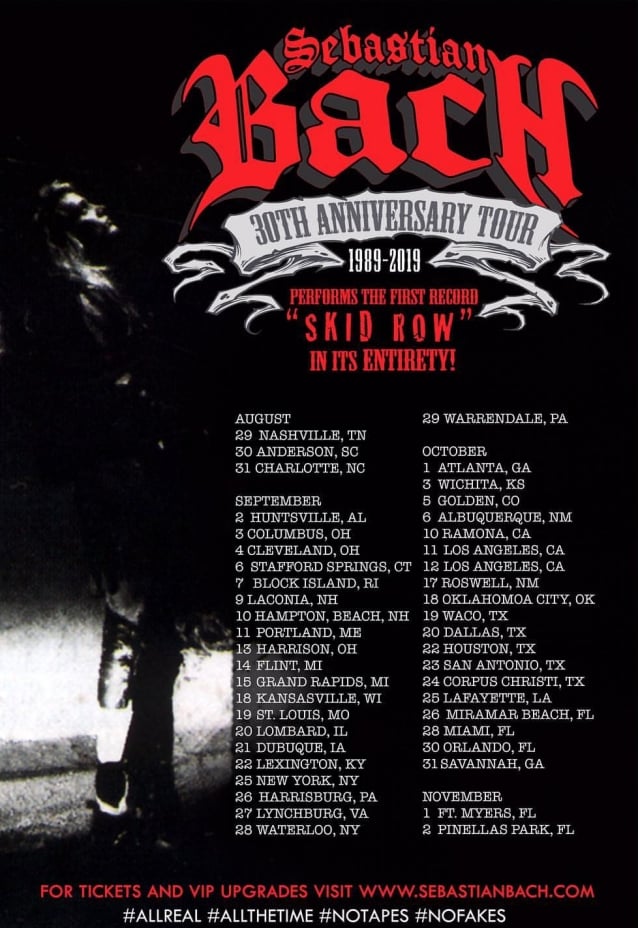