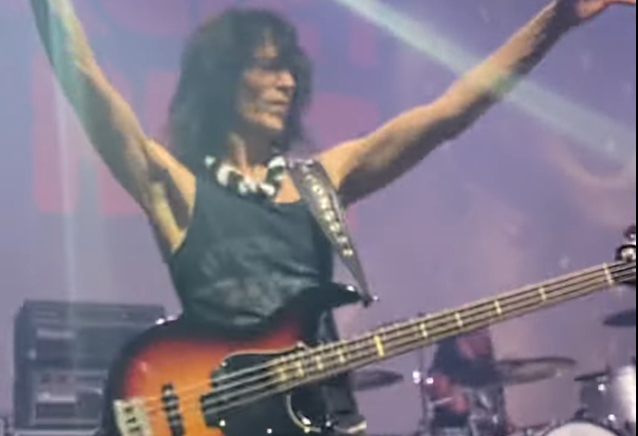 Fan-filmed video footage of the Fort Worth concert — courtesy of Sergio Arana and Patrick Marshall — can be seen below.

Sarzo appeared in the most notable music videos in the MTV age and toured with the band until 1985 and again from 1997 to 2003. During his years out of the band, Sarzo was a member of OZZY OSBOURNE, WHITESNAKE, DIO, BLUE ÖYSTER CULT, QUEENSRŸCHE and THE GUESS WHO.

With the move, longtime QUIET RIOT bassist Chuck Wright graciously stepped aside to continue his recent solo efforts while heightening his role with his award-winning residency show "Ultimate Jam Night" at the legendary Whisky A Go-Go which all the members of QUIET RIOT fully support.

Stated Sarzo: "I'm excited to be back home and celebrate the QUIET RIOT legacy, which began 40 years ago next year with the recording of 'Metal Health', the first heavy metal album to reach No. 1 on the Billboard top 200 albums chart."

For a list of upcoming QUIET RIOT shows, visit QuietRiot.Band.

Sarzo discussed his return to QUIET RIOT in a recent interview with Adika Live!. He said: "My decision, in addition to [it] being [late QUIET RIOT drummer] Frankie's [Banali] request that I return to the band, was a decision that I had to meditate on it, because it is that important. Not meditate whether it was the right decision to make or not — no, that wasn't the point — it was to meditate about the timing of it. Because it could not be an abrupt decision that you drop everything you're doing and you change the band.

"Regina [Frankie's widow] and I, we sat and we talked about it, and we said, 'Okay, the best thing to do is to let everybody fulfill their commitments.' Because I have commitments to the band that I've been playing in for the last five years, THE GUESS WHO. And I wasn't about to tell them, 'Hey, I'm outta here, guys. Good luck.' I've never done that. So I have commitments with them. And QUIET RIOT has commitments with [longtime bassist] Chuck Wright. And we felt that the only thing that we can do, really — [we felt] that all these commitments must be fulfilled so our agreements with everybody is fulfilled."

Rudy went on to say that he has been "making the transition" and "embracing again the whole QUIET RIOT consciousness" by going "back and playing the songs" again. "And actually, it's been wonderful because, I've gotta tell you, to be able to go back to something that you did 40 years ago with the musician I am today, I'm looking at the songs a little bit different, as far as my own contributions," he said. "Of course, it's not gonna be something that is gonna turn into completely something else, but there are certain note choices that I can improve on."

As for what fans can expect to see when he returns to the road with QUIET RIOT, Rudy said: "At the core of the show is gonna be a celebration of the legacy of our bandmates. It's our responsibility as the ones left behind that we must celebrate. It's a must. So that is at the core of the show."

Wright had served off and on with QUIET RIOT for nearly 40 years, appeared on nine albums, and is known as the bassist for QUIET RIOT's mega-hit "Metal Health" (Bang Your Head) and "Don't Wanna Let You Go". He was a contributing songwriter on 1986's "QRIII" and appeared in the band's video for "The Wild And The Young", among others. Wright has been one of the band's longest touring and recording members. 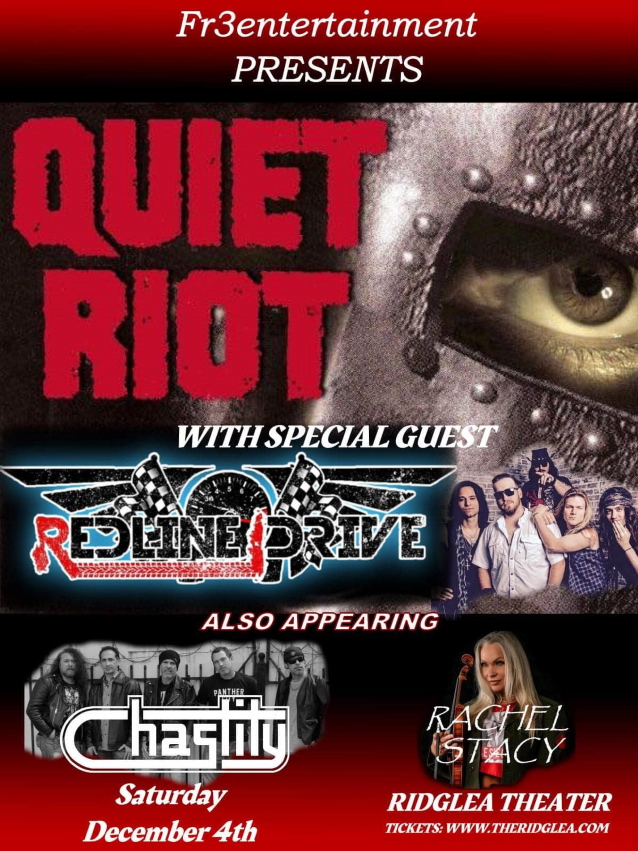