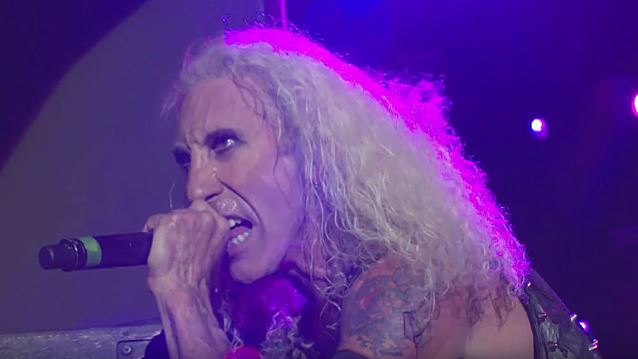 Professionally filmed video footage of TWISTED SISTER's entire August 12 performance at this year's edition of the Bloodstock Open Air festival, which was held at Catton Hall, Walton-On-Trent, West Midlands, United Kingdom, can be seen below.

During a recent interview with Goldmine magazine, Jay Jay French talked about TWISTED SISTER's decision to call it quits after a final round of dates, dubbed "Forty And Fuck It - The Final Tour". He said: "Whether you like it or not, once you reach a status of 'classic,' you really start to understand people — if you really truly want to understand why people like you. You can make new product, it's all well and good, but when someone spends 200-300 bucks for a ticket, they expect certain songs, they expect the songs played correctly, they expect you to be proficient, on time and professional — that's what an entertainer is. And I will tell you that the club scene taught us an enormous amount of discipline."