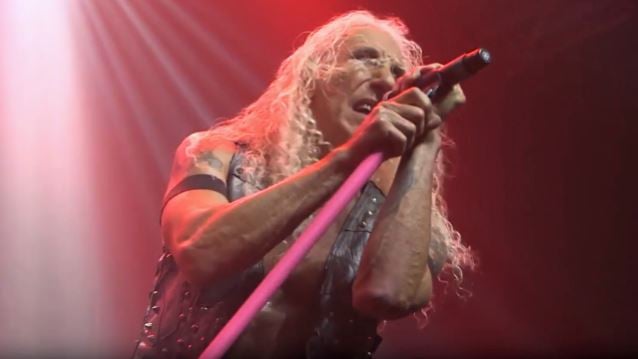 TWISTED SISTER played what was being billed as the final U.S. concert of the band's career-ending round of dates, dubbed "Forty And Fuck It - The Final Tour", on October 22 at Badlands Pawn Guns Gold And Rock 'N' Roll in Sioux Falls, South Dakota.

Professionally filmed video footage of the "You Can't Stop Rock 'N' Roll" performance from the Sioux Falls show can be seen below.

"Having a band like TWISTED SISTER do their final U.S. show is unbelievable and we could not be more excited," said Chuck Brennan of Badlands Pawn. "Badlands Pawn is the perfect match for these types of shows as the sound, lights, video and intimacy is unparalleled."

During a recent interview with Goldmine magazine, Jay Jay French talked about TWISTED SISTER's decision to call it quits. He said: "Whether you like it or not, once you reach a status of 'classic,' you really start to understand people — if you really truly want to understand why people like you. You can make new product, it's all well and good, but when someone spends 200-300 bucks for a ticket, they expect certain songs, they expect the songs played correctly, they expect you to be proficient, on time and professional — that's what an entertainer is. And I will tell you that the club scene taught us an enormous amount of discipline." 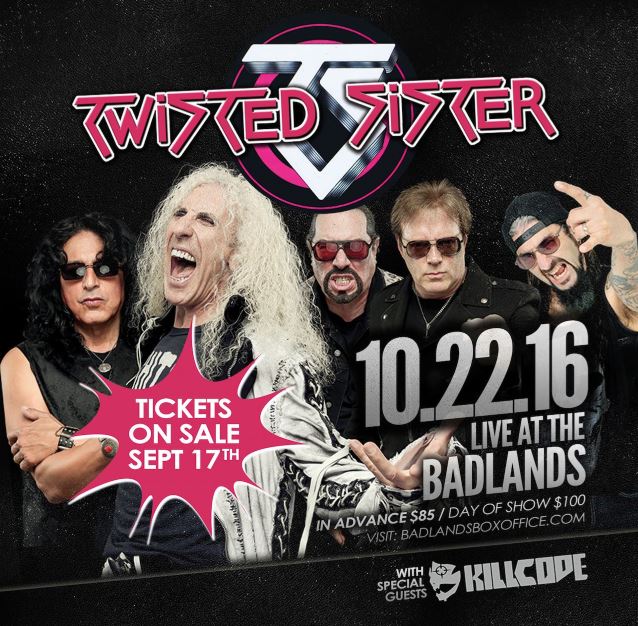