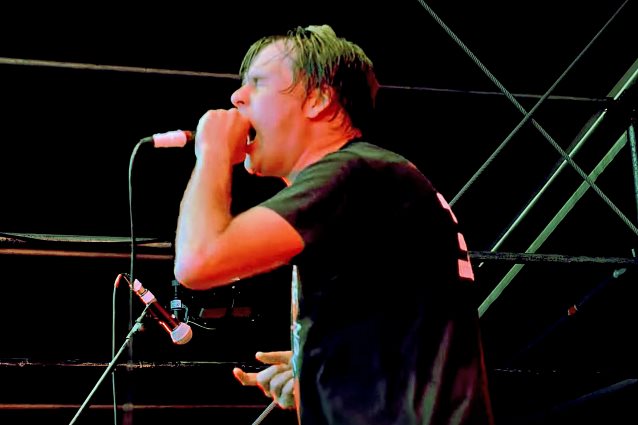 On June 22, 2017, NAPALM DEATH made history by being the first-ever grindcore band to play at the world-famous Glastonbury festival, and now you can relive the momentous occasion.

One of the most powerful performances to ever take place at U.K.'s Glastonbury, NAPALM DEATH's set was truly a spectacle to behold, completely flooring the massive crowd which had gathered — whether they were into grindcore or not.

NAPALM DEATH frontman Mark "Barney" Greenway said following the performance: "It's a paradox, because whilst we don't deliberately set out to shock people, needless to say, the music's extremely sonically violent, but actually what underpins it is peace, tolerance, equality, non-violence — but we still get a perverse kick out of wrecking people's heads."

Video and audio production company Infinite Ear was on hand at the festival to capture the magic, and has now released the full NAPALM DEATH Glastonbury set for you to watch again and again.

NAPALM DEATH's performance on the Truth Stage was part of the Earache Records-curated punk and metal event held in Glastonbury's Shangri-La area, which also included the Earache Express — a recycled London Underground tube carriage designed to provide a place for like-minded souls to congregate, as well as for those who just wanted to experience a different side of music than is typically offered at the festival. Also appearing as part of the lineup were EXTREME NOISE TERROR, Singaporean grindcore trio WORMROT, former CRASS frontman Steve Ignorant, punk legends DEAD KENNEDYS and more. 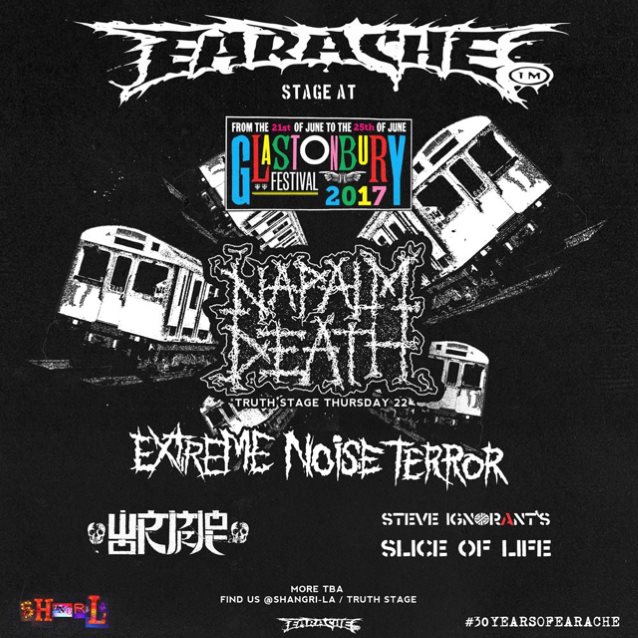