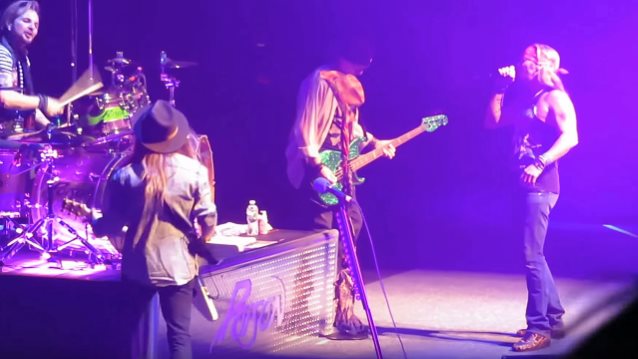 POISON's setlist was as follows:

POISON's tour with DEF LEPPARD will wrap on June 25 in Indianapolis, Indiana.

Prior to the start of the DEF LEPPARD trek, Michaels said: "I'm really looking forward to the POISON tour. It's going to be incredible playing all the hits and putting on a hell of a high-energy rock show for the three generations of awesome fans."