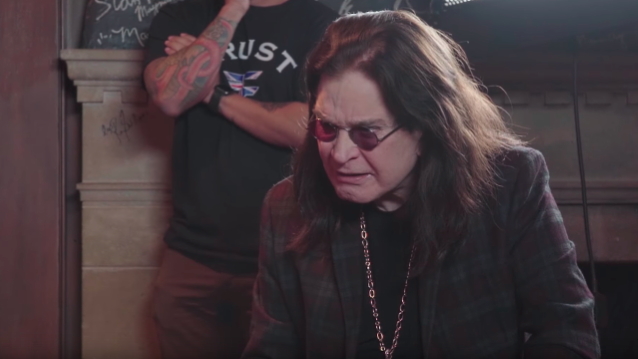 In the latest "What's In The Box" challenge series, gaming entertainment and e-sports organization FaZe Clan has teamed up with the iconic rock star Ozzy Osbourne for another entertaining episode featuring comical moments with Ozzy, his family and members of the FaZe Clan team. Having garnered over three million views in previous episodes, the FaZe Clan team was welcomed by Ozzy and Sharon to their home to film this special installation of the series.

Ozzy, who drops his new album, "Ordinary Man", this Friday, is gifted a customized FaZe Clan Box and official team jersey to kick off the festivities. Together with Sharon and a few of the FaZe team members FaZe Temperrr, FaZe Adapt and more, they all participate in the box challenge with snakes, a hedgehog, dog, turtle, bugs and more.

The full video can be found below.