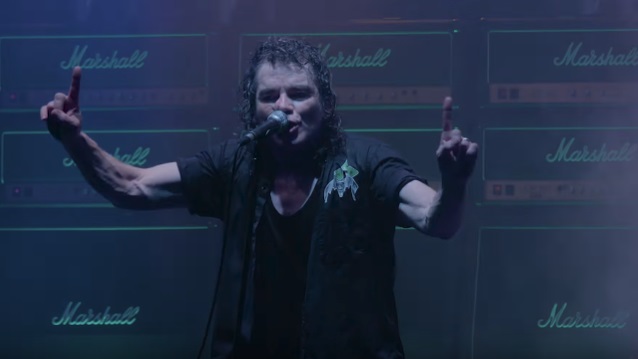 Legendary New Jersey thrashers OVERKILL will release "Live In Overhausen" on May 18 via Nuclear Blast.

Celebrating the band's history, "Live In Overhausen" captured not one but two album anniversaries. Fans assembled on April 16, 2016 at Turbinenhalle 2 in Oberhausen, Germany for the 25th anniversary of "Horrorscope" and 30th anniversary of where it all began, "Feel The Fire".

OVERKILL singer Bobby "Blitz" Ellsworth comments: "From the stage to your eyes and ears! 'Live in Overhausen', celebrating 'Feel The Fire' and 'Horrorscope' in one filmed/recorded concert in Germany, from 2016. A rare two-hour look at what has transpired over three decades in one of the world's hotbeds of metal. Hang on to your hats, kids, it's going to be a 'thrashy-ride'!"

Today, the band has unveiled the third video from the historic show. Check out the "Second Son" performance clip below.

"Live In Overhausen" will be available in different formats:

OVERKILL utilized a stand-in drummer — the band's soundman Eddy Garcia, who is also a member of the El Paso, Texas act PISSING RAZORS — for the Oberhausen show because the group's then-drummer, Ron Lipnicki, was forced to stay home due to undisclosed family issues.

OVERKILL recently returned to the studio to resume work on demos for its upcoming album.

Ellsworth told Australia's 3D Radio about the band's songwriting and recording process: "Well, for us, coming from the old school, to some degree, it has to be physical. And what I mean by that is standing in a room with the others, splitting a pizza, splitting a beer, sweating, coming up with some good ideas, occasionally, or even more than occasionally, going, 'Oh my God! That sucked.' And then moving from there into what the modern era offers us, and that's the Pro Tools and trading files back and forth over the Internet, because instantaneous ideas can be traded from home now. So we use kind of a combination of the old 'let's sweat it out and tune the guitars up' to the modern day of 'let's get down with the computers and exchange our ideas.' So it works both ways for us. So it's a combination of the old and the new."

OVERKILL's latest album, "The Grinding Wheel", was released in February 2017 via Nuclear Blast. The disc was produced by OVERKILL and mixed by Andy Sneap (MEGADETH, EXODUS, ACCEPT). The artwork was created again by Travis Smith (NEVERMORE, OPETH, SOILWORK, DEATH). 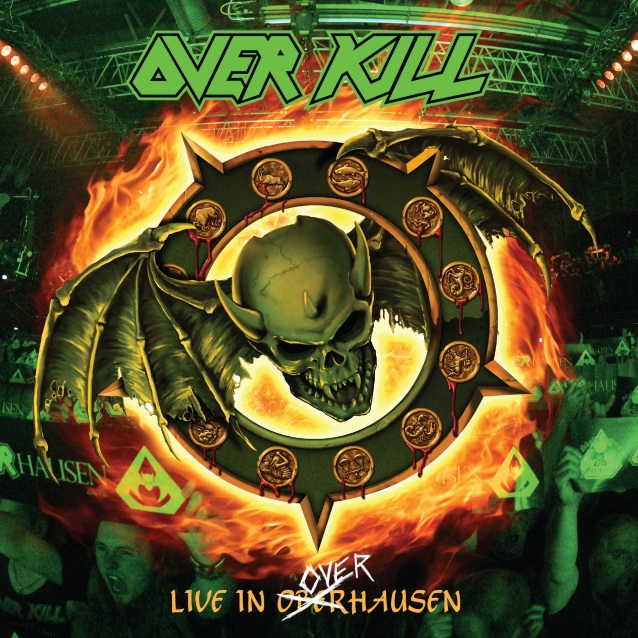