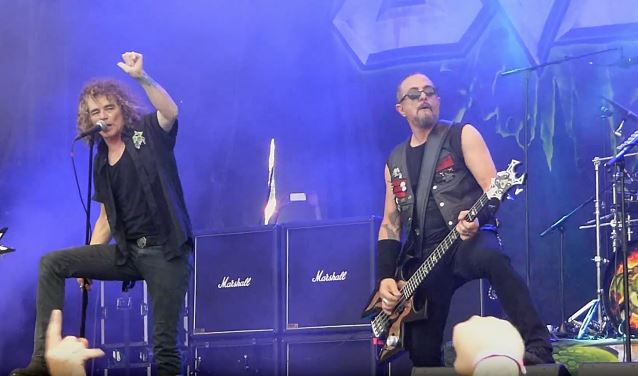 Fan-filmed video footage of OVERKILL's July 15 performance at the Gefle Metal Festival in Gävle, Sweden can be seen below.

OVERKILL's follow-up to 2014's "White Devil Armory" album is tentatively due in October.

The band will embark on a European headlining tour in November. Support on the trek will come from U.S. sludge metal kings CROWBAR, Israel-based metallers SHREDHEAD and Aussie thrashers DESECRATOR.

OVERKILL played a special anniversary show on April 16 at Turbinenhalle 2 in Oberhausen, Germany. The evening saw the group perform their classic records "Horrorscope" (which is celebrating its 25th anniversary) and "Feel The Fire" (30th anniversary) in their entirety. And if that wasn't enough, the show was professionally filmed and recorded for an upcoming DVD and CD. 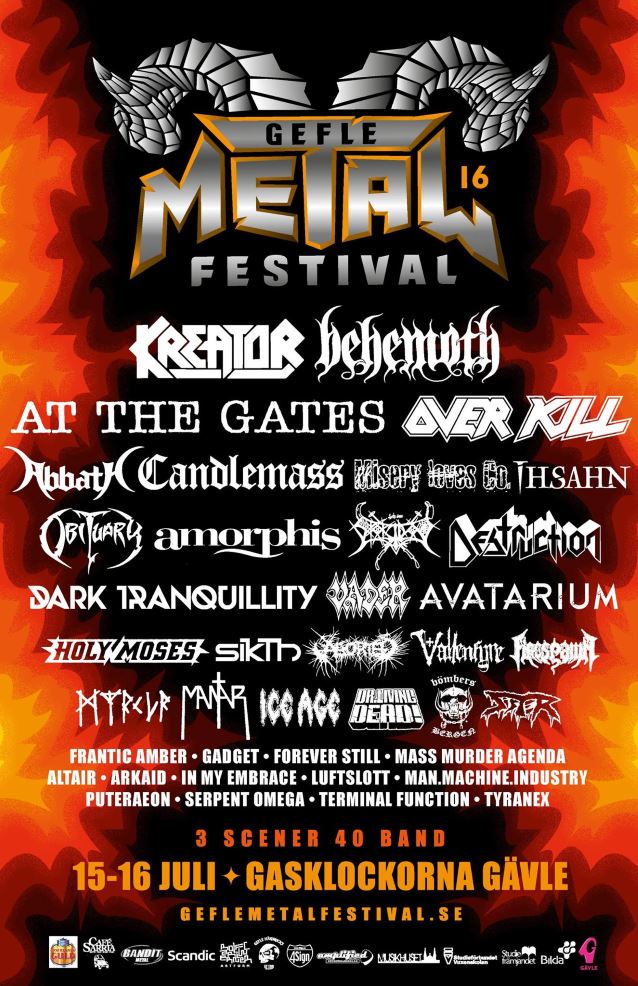