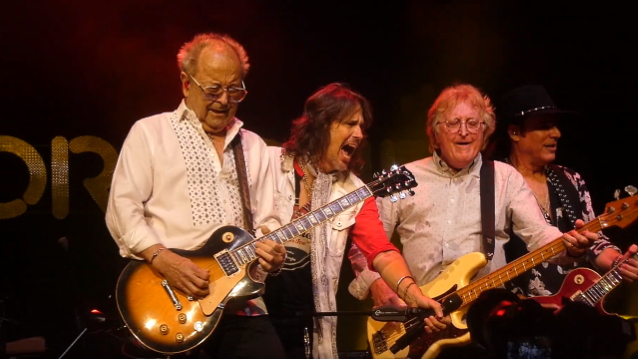 Singer Lou Gramm, who was originally scheduled to appear at the gig, was hospitalized last week at the Unity Hospital at Park Ridge in Rochester, New York with a severe respiratory infection, dehydration and fatigue. He hoped to be ready to appear during the FOREIGNER "Double Vision: Then & Now" tour and some scheduled shows with ASIA. Unfortunately, at his follow-up appointment, his doctor pronounced him unable to perform at these shows.

Gramm stated: "I'm very disappointed about not being able to perform at the FOREIGNER 'Double Vision: Then & Now' shows for all the fans. My doctor insists if I pushed myself to perform, I would be in big trouble. So doctor's orders, I ride the bench. Rock on!"

Jones expressed: "We will all miss Lou at our upcoming shows and we join all his family, friends, and fans in wishing him a speedy recovery."