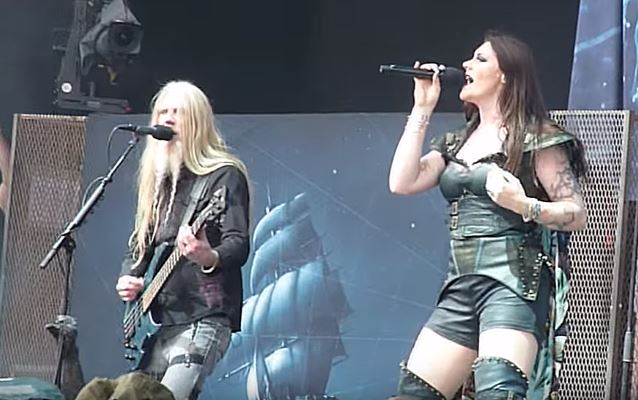 Fan-filmed video footage of NIGHTWISH's June 12 performance at at this year's edition of the Download festival, which was held at Donington Park in Leicestershire, United Kingdom, can be seen below.

NIGHTWISH keyboardist and main songwriter Tuomas Holopainen recently spoke to the Nighthearts Ukrainian NIGHTWISH fan club about the band's decision to take a year-long break during 2017 and return to activity the following year.

"Staying at home is the part I am looking forward to the most, I have to be honest," he said. "I really am. I'm already kind of excited about the idea of being able to be at home for about a year. But also I made some travel plans here and there. And [I will] have the chance to fully concentrate on the green house and the gardening and taking care of the horse and all that lovely, earthy stuff, so to say. And I have no plans that involve music in any way, but if it comes, then it comes."