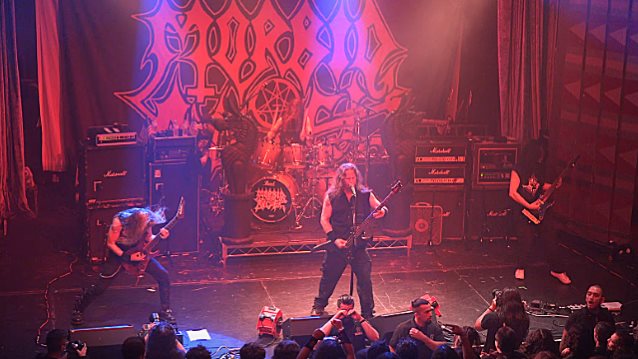 Fan-filmed video footage of MORBID ANGEL's entire June 16 concert at The Regent in Los Angeles, California can be seen below.

MORBID ANGEL played a brand new song, "Warped", live for the first time on May 23 at the opening show of the band's North American tour at The Beacham in Orlando, Florida.

In a recent interview with Orlando Weekly, MORBID ANGEL's current frontman, Steve Tucker, who is back for his third spell with the group, was asked if the band's current trek — which ends on June 27 in New Orleans — will see the band performing any songs from its recently completed new studio album. "Probably one or two new songs; the album's almost done, but we don't want to put out too much with YouTube putting it up the next day," Tucker explained. "The setlist will be different, too — in the past, we've covered all of MORBID ANGEL's discography, but this time we went with the discography between Trey [Azagthoth, guitar] and I. I'm really excited about the fact that every song we play is a song I was a part of. There are some MORBID ANGEL classics that aren't there, but we made our own classics." 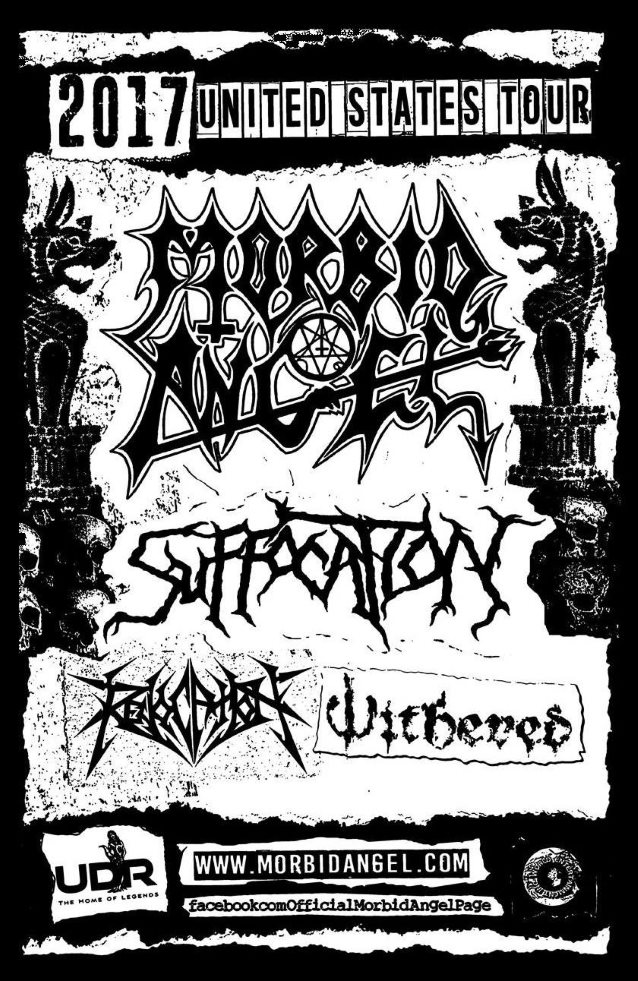