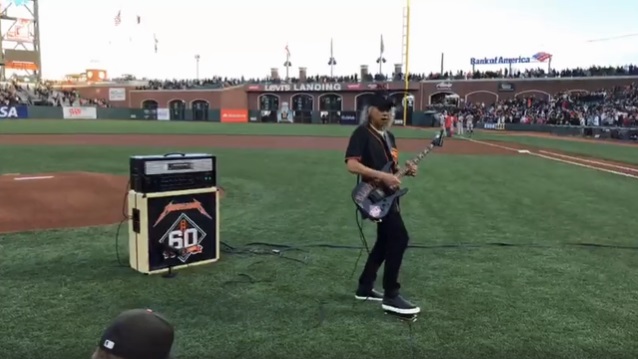 METALLICA and the San Francisco Giants held the sixth annual "Metallica Night" earlier tonight (Monday, April 23) at AT&T Park in San Francisco as the Giants took the field against the Washington Nationals. Members of the band were on hand to start things off right with the national anthem and first pitch, sticking around all night to cheer on the team against the Nationals.

A portion of the proceeds from every "Metallica Night" ticket sold will benefit the band's own All Within My Hands foundation.

METALLICA frontman James Hetfield said about the yearly event, "We're blessed to be doing this every year and being a part of the vibe here. You know, when times are good, when times are bad, they need the support.”