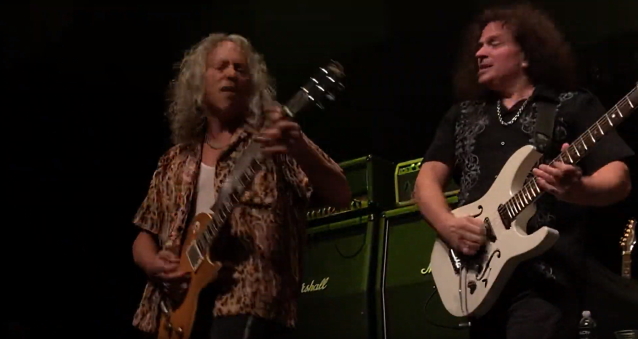 METALLICA's Kirk Hammett joined UFO on stage last night (Saturday, October 12) at the Megacruise pre-cruise party at the Avalon in Hollywood, California to perform two songs: "Doctor Doctor" and "Shoot Shoot". Fan-filmed video footage of his appearance can be seen below (courtesy of Joel Steele and Alex Vigil).

In an interview with Guitar World magazine, Hammett spoke about how his life was changed when he first heard UFO's 1975 album "Force It", which featured Michael Schenker on guitar.