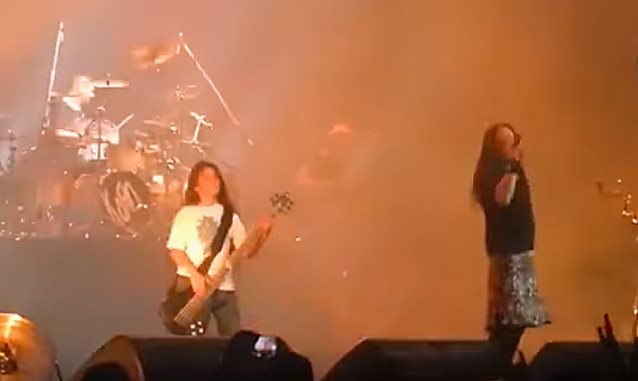 Tye Trujillo, the 12-year old son of METALLICA's Robert Trujillo and member of NorCal group THE HELMETS, played his second show with KORN last night (Wednesday, April 19) at Espaço Das Américas in São Paulo, Brazil. Fan-filmd video footage of the concert can be seen below. 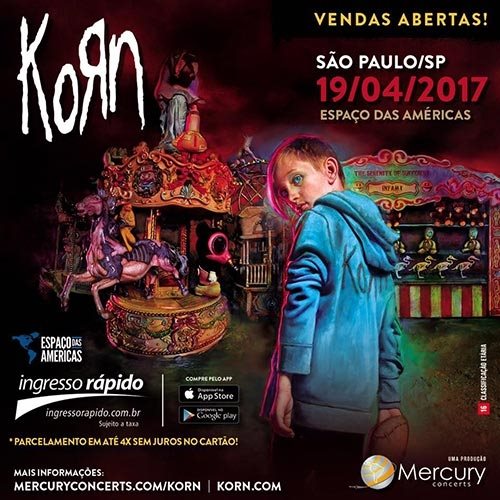