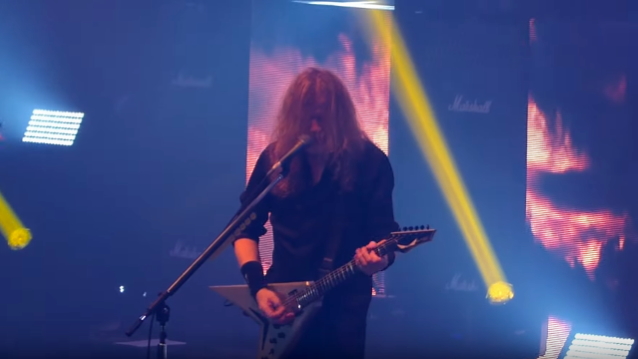 Fan-filmed video footage of MEGADETH's entire January 31 concert at The SSE Arena in London, England can be seen below.

MEGADETH is currently on the road in Europe as the support act for FIVE FINGER DEATH PUNCH. The trek kicked off on January 20 in Helsinki, Finland and will conclude on February 22 in Sofia, Bulgaria. The Helsinki concert was MEGADETH's first since frontman Dave Mustaine was diagnosed with throat cancer and its first live appearance in 15 months. 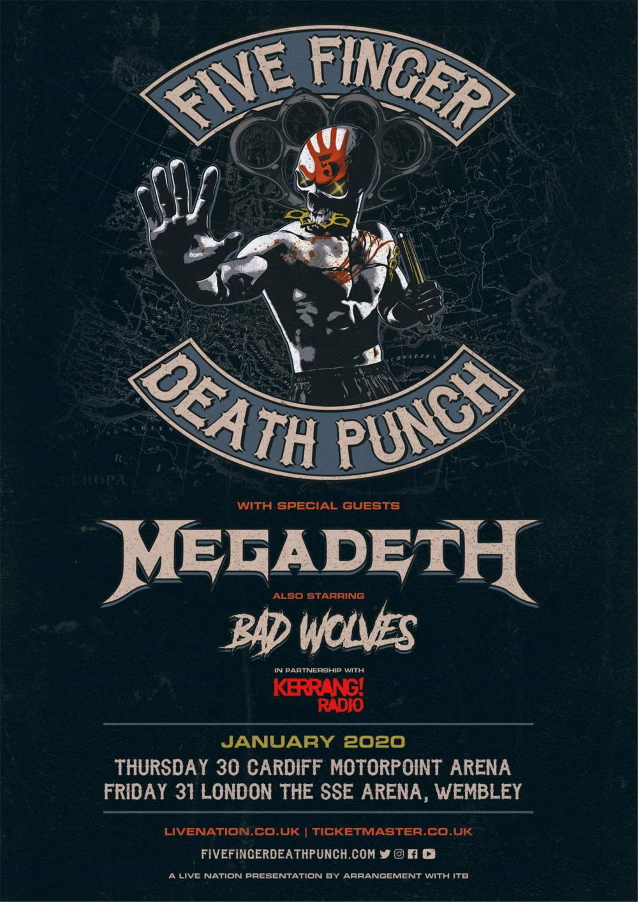