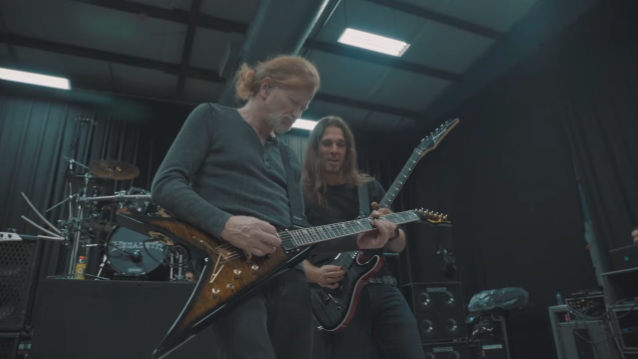 MEGADETH has uploaded a short video of the band rehearsing earlier this week ahead of its European tour as the support act for FIVE FINGER DEATH PUNCH. Check it out below. The trek will mark MEGADETH's first shows since frontman Dave Mustaine received treatment for throat cancer, with which he was diagnosed last May.

MEGADETH's tour with FIVE FINGER DEATH PUNCH and BAD WOLVES will visit 14 European countries starting on January 20 at the Hartwall Arena in Helsinki, Finland and ending on February 20 at the Budapest Sportarena in Budapest, Hungary.

Tour rehearsals wrapped! Get ready Europe, we’re coming for you!

Megadeth - Poison Was The Cure (Rehearsal 2020)