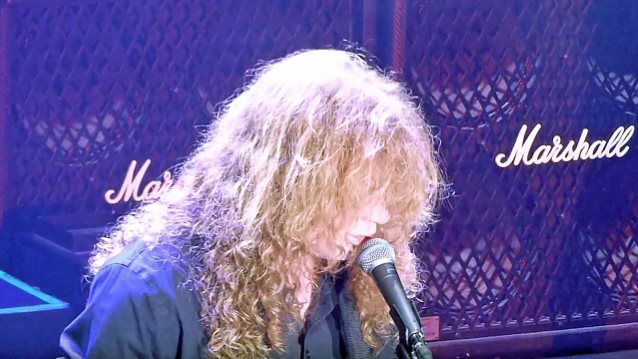 Fan-filmed video footage of MEGADETH's August 15 performance at 013 Poppodium in Tilburg, Netherlands can be seen below.

MEGADETH recently completed a North American tour with MESHUGGAH and will play arenas later in the year as the support act for German hard rock veterans SCORPIONS.

MEGADETH is planning on returning to the studio at the end of the year to begin work on the follow-up to 2016's "Dystopia" album.

"Dystopia" was the first album to feature Brazilian guitarist Kiko Loureiro, best known for his work with ANGRA.