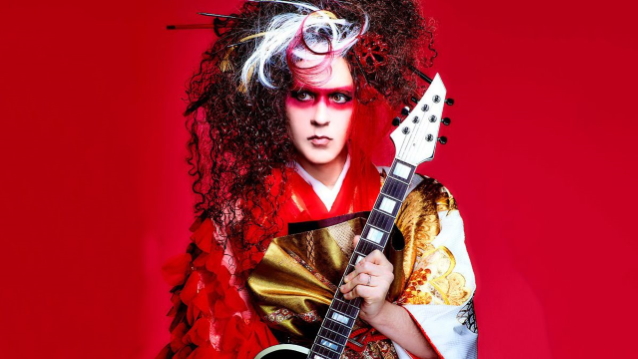 Former MEGADETH guitarist Marty Friedman will release his new studio album, "Tokyo Jukebox 3", on April 16 via The Players Club/Mascot Label Group. The record, which was made available in Japan last October, is the third in a series that began with "Tokyo Jukebox" in 2009, and then "Tokyo Jukebox 2" following in 2011. The trilogy presents Friedman's inspired performances to Japanese repertoire he's chosen to cover. He shares: "I've been playing stuff from the first two 'Jukebox' albums live all over the world, and it's taken on a life of its own. Especially in places like North and South America, Australia, Italy, France and even India. My fan base is very dedicated, and what I have found is that lots of new fans have been introduced to Japanese music and culture through me, which is very gratifying. On the tours it seems like aside from the dedicated guitar fans, the Japan fanatics have been noticeably growing, so now felt like the right time to do 'Tokyo Jukebox 3'."

The official visualizer for the song "Kaze Ga Fuiteiru" can be seen below.

Marty said: "While keeping intact the essence of Ikimono Gakari's 'Kaze Ga Fuiteiru' melody that I loved, I tried to destroy it, reconstruct it and create five minutes of new music that might bring a tear or a chill, and decidedly lifts your spirits. Whether I accomplished that or not is entirely up to you, but when I just finished the recording of 'Kaze Ga Fuiteru', someone whose opinion I respect very much called it 'grand and elegant,' so I'll go with that."

Friedman put a lot of energy into selecting the right songs to cover for the album, He shares: "In Japan, you have to get permission to record and release cover versions, and that can be a very tricky and long process. So, the last thing I wanted to do was to ask permission to do a song, only to wind up not recording it for whatever reason. That would be very impolite. I spent several weeks choosing songs and demoing them to see whether I could create versions that I could get pumped up about, before I even approached any publishers. I came up with a short list of 20 songs, and from this chose about 15 that I knew I could really score with."

Friedman has also included "The Perfect World", which he wrote, recorded and originally released in 2018. This is the only track on the album with vocals. He reflects: "Back then I did the song with Jean-Ken Johnny from MAN WITH A MISSION on vocals, and that was used as the main theme for the Netflix series 'B: The Beginning'. On the day of release, the song went straight to the top of the Japanese iTunes chart." This recording is a new, fresh interpretation with Alfakyun, one of Japan's premier female J-pop singers performing the vocals. As Friedman offers: "It's really a self-cover, so it fits in with the idea of this being a covers album."

Friedman has also included "Japan Heritage Theme Song", another of his own compositions on which he worked with the Tokyo Philharmonic orchestra. He reflects: "I was asked by the Japanese government to compose an official song to be played at government sponsored events which celebrate Japanese heritage. This was a huge honor, and it was wonderful to be able to work with such a prestigious orchestra which, rather conveniently, my wife plays cello in. Doing this was a little different from what I am used to, because instead of playing a completed track to record company people, I had to face Japanese government officials. I recall looking at their stony faces after they heard it and sweating anxiously awaiting their reaction. Thankfully, they liked what I'd done. I felt this was a great, uplifting way to close the album."

Much of the recording process was done at Power House Studios in Tokyo, with Friedman, who was also the producer on the project, joined by bassist Kiyoshi and drummer Anup Sastry. He shares: "Kiyoshi has been in my band for about six years now doing all my tours and recordings. She is a powerhouse, and I honestly have never seen anyone hit the bass as hard as she does, especially while keeping up with my kind of challenging music. Anup was a member of SKYHARBOR (an Indian/American progressive metal band) and has been on my last three albums. He is just plain phenomenal as well."

The recording process started in January, 2020 and was due to end in March with a release in May. Then the pandemic struck, and everything was pushed back. Friedman had no firm deadline to finish the album within, and he took advantage of the time, reflecting on executing his vision without limitations. He offers: "I kept reworking the music, and improving everything. In the end, it took several months to get the album completed, but it was time well spent. I believe the music turned out so much better because I wasn't under any deadline pressure." The mixing was handled by Jens Bogren at his own Fascination Studios in Sweden. He's a resource Friedman has the utmost confidence in offering, "Jens has mixed my last three albums and he's one of the best in the business. He knows what I want, and I know he'll get it for me."

Friedman's remarkable attention to detail on this album goes beyond the music. The cover image presents the guitarist dressed in a traditional Japanese kimono, with make-up that honors authentic tradition. He offers: "I have to admit that getting this done was a hellish process. It could easily have just looked like a dude in drag and therefore rather stupid. It does take a very serious attitude and approach to pull this off properly. If you look at the covers for the first two 'Jukebox' albums, I had on kabuki make-up. There was no photoshop used at all and that's precisely why they came out so well. This time I brought on the absolute top professionals in the unique field of wardrobe and make-up, and I believe we've hit the bullseye. I am actually wearing two kimonos in the photo, as well as padding to fill me out a little like a sumo wrestler. You'd never believe I am this skinny rock dude from the East Coast of America!"

Friedman staged a live streaming concert on New Year's Day 2021 to celebrate the "Jukebox" series. Plans to tour worldwide are in his sights, sharing: "Obviously, we have to wait and see what happens with international travel protocol. But I cannot wait to get back on the road again. I have really missed it terribly." In the interim, he hopes the world enjoys the fruits of his labor of love on "Jukebox 3", where Friedman takes J-Pop hits and offers his own charismatic interpretations of contemporary repertoire that includes LiSA's "Gurenge" and Official Hige Dandism's "Shukumei", alongside Da Pump's dance track "U.S.A.", Sekai No Owari's ballad "Sazanka", and the vocaloid hit "Senbonzakura". Japanese old-school standards, Zard's "Makenaide" and Every Little Things' "Time Goes By", are also given Marty's modern overhaul to round out the album's track list to cover the full scope of his take on the Japanese music scene. In closing Friedman offers, "I am so happy with the way this turned out. And I am also grateful for how it's been received so far. The reaction has been fantastic. It was joyful and cathartic to record, and I am delighted it's now giving people such a fun diversion." 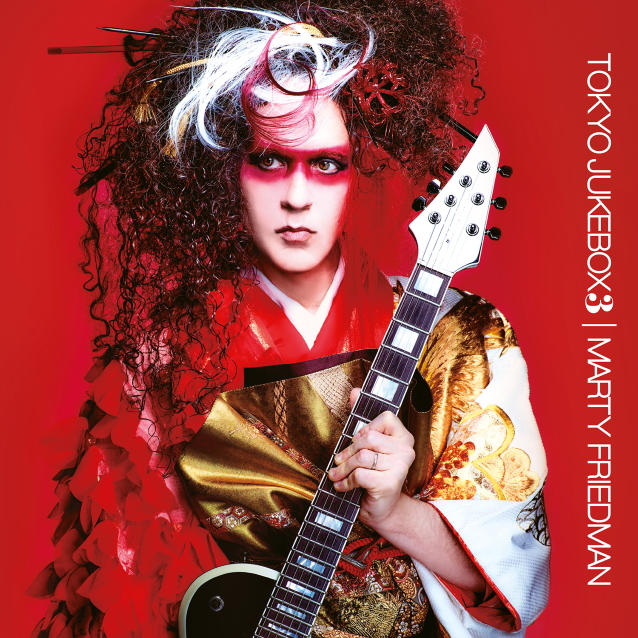