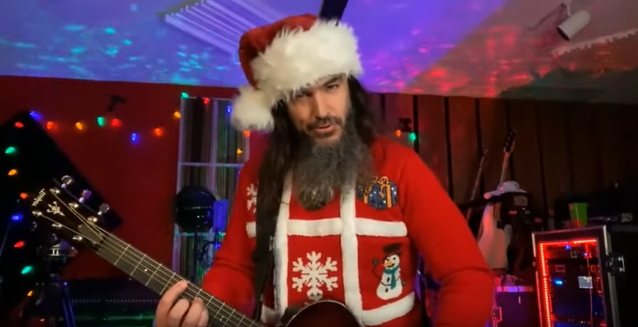 Video of MACHINE HEAD frontman Robb Flynn's latest "Acoustic Happy Hour", which was originally livestreamed on Facebook Live this past Friday, December 18, can be seen below. The session includes covers of THE EAGLES' "Hotel California", PEARL JAM's "Black" and ALICE IN CHAINS' "Bleed The Freak" as well as acoustic renditions of MACHINE HEAD tunes "Is There Anybody Out There?" and "Descend The Shades Of Night".