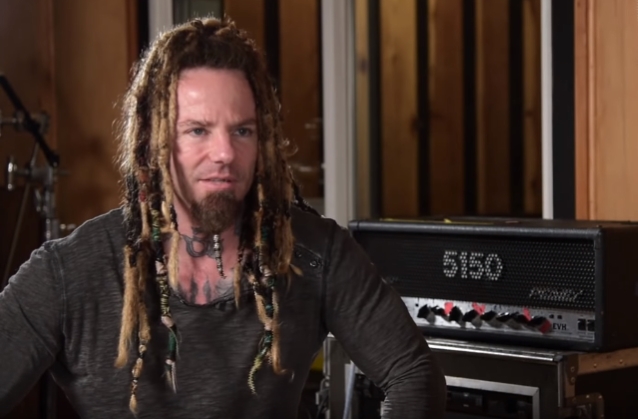 Metal Hammer journalist Dom Lawson recently sat down with MACHINE HEAD's "Burn My Eyes"-era guitarist Logan Mader to talk about the album's impact, what it's like to play with guitarist/vocalist Robb Flynn and drummer Chris Kontos for the first time in 20 years, and the excitement of the upcoming anniversary tour. Check out the chat below.

MACHINE HEAD announced in March that it will celebrate the 25th anniversary of "Burn My Eyes" with a special tour. The shows will see Kontos and Mader join the band onstage again to play "Burn My Eyes" in full.

Building on MACHINE HEAD's "An Evening With…" format, these shows will be a three-hour musical extravaganza, comprised of two parts: Part one will feature a battery of MACHINE HEAD's modern classics, such as "Imperium", "Halo" and "The Blood, The Sweat, The Tears", featuring Flynn and bassist Jared MacEachern performing alongside two soon-to-be-announced musicians on guitar and drums. Part two will feature "Burn My Eyes" played in its entirety for the first time ever, with Kontos and Mader joining in.