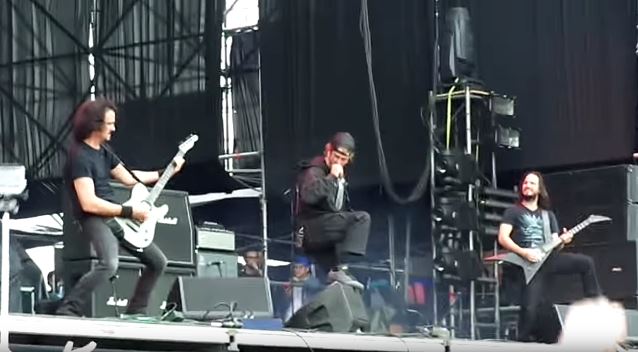 LAMB OF GOD's Randy Blythe joined French progressive metallers GOJIRA on stage at the Santiago Gets Louder festival in Santiago, Chile on September 27 to perform the song "Backbone". Fan-filmed video footage of his appearance can be seen below.

Blythe has since taken to Instagram to offer his account of the GOJIRA collaboration: "Have you ever been feeling kind of rough and run down, but your friends still want you to go out and do something with them? And even though you tell them, 'No, I'm kind of beat, I feel like crap, plus I have to go to work in a bit, so I'm gonna have to say no, dudes. Sorry.' And they STILL pressure you ('COME ON, dude! It will be AWESOME!') until you say, 'Okay, okay — screw it. You win. Let's go,' and then, of course, you have a GREAT TIME. That's what it was like before the show in Chile when my friend Joe asked me if I was gonna sing with his band, GOJIRA, during their set. I said, 'No, my stomach is screwed up. I'm tired. And I have to play after you guys.' Joe didn't do the typical thing and say, 'Oh, COME ON, dude!' He just smiled and said, 'Okay.' But THIS is how MY friends peer-pressure you into doing stuff anyway — they walk over to where you are side stage and play MASSIVELY HEAVY RIFFS DIRECTLY IN YOUR FACE until you say, 'Oh, screw it,' take off your glasses, put down the camera, and jump onstage to sing 'Backbone' with them. Freakin' crafty Frenchmen — you gotta watch out for 'em. And it was a good time!"

GOJIRA has spent the last few months in the studio working on the follow-up to 2012's "L'Enfant Sauvage" album for a tentative early 2016 release via Roadrunner. 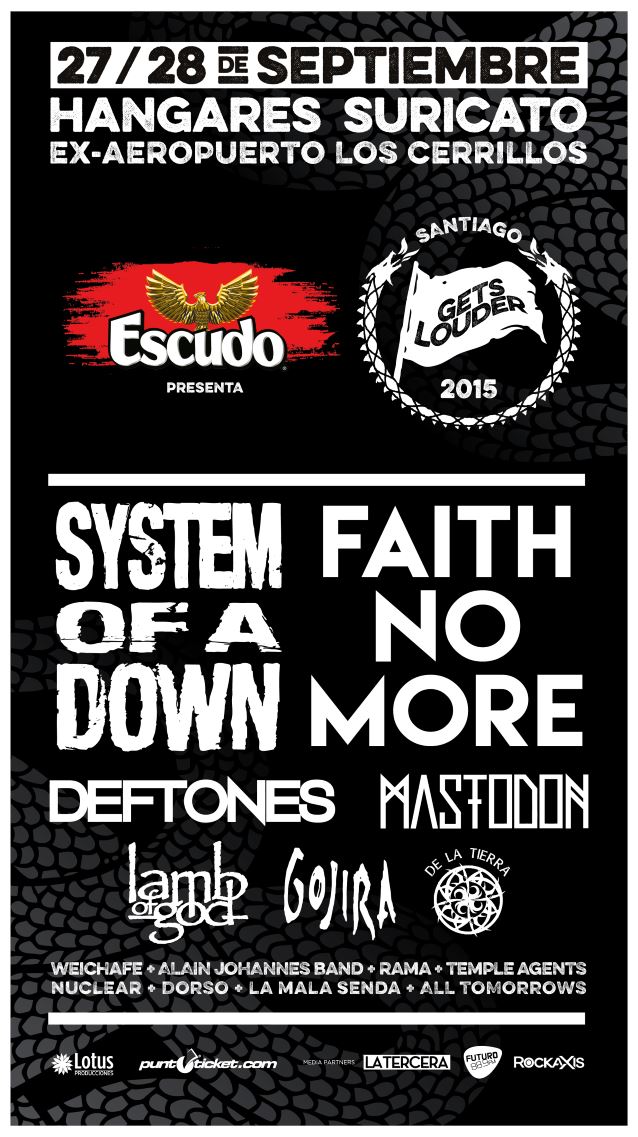