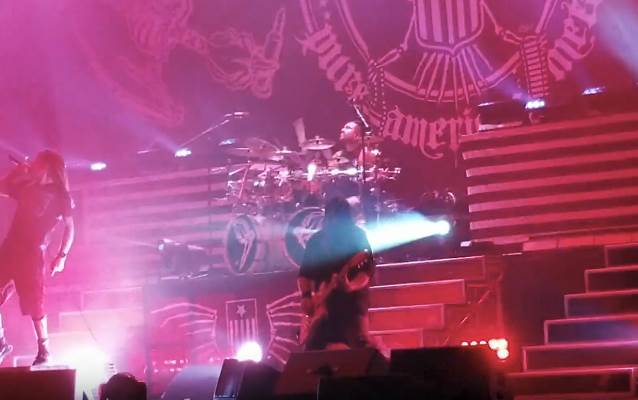 LAMB OF GOD made its live debut with drummer Art Cruz (PRONG, WINDS OF PLAGUE) Thursday night (July 26) at Gilford, New Hampshire's Bank Of New Hampshire Pavilion. Fan-filmed video footage of the concert can be seen below.

Cruz is filling in for LAMB OF GOD's regular drummer, Chris Adler, who is sitting out the band's tour with SLAYER "due to unforeseen circumstances."

The North American trek, which also features ANTHRAX, TESTAMENT and NAPALM DEATH, is scheduled to run through August 26 in San Jose, California.