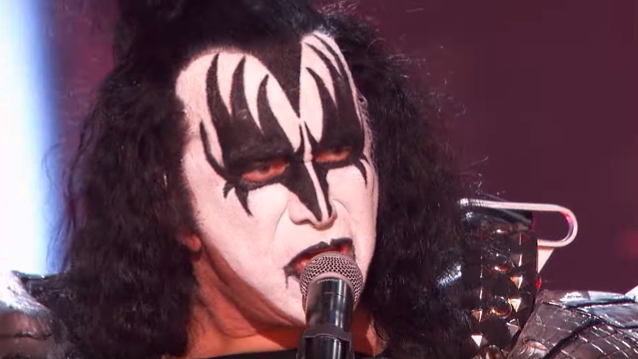 KISS played its classic song "Rock And Roll All Nite" on the finale of season two of "America's Got Talent: The Champions" on Monday, February 17 on NBC. Video footage of the performance can be seen below.

KISS took a break from its "End Of The Road" farewell tour to appear on the program.

The band played in Fort Wayne, Indiana on February 16 and will next perform in Springfield, Missouri on February 18.

This isn't the first time KISS has appeared on "America's Got Talent". The group previously performed "Detroit Rock City" on the show finale in September 2018, after which it announced it would launch the "End Of The Road" tour.

"End Of The Road" kicked off in January 2019 in Vancouver and resumed on February 1 in Manchester, New Hampshire. The last concert of the trek will take place on July 17, 2021 in New York City.