Fan-filmed video footage of KING DIAMOND's entire June 11 concert at Metro Areena in Espoo, Finland can be seen below (filmed by Pumpkin Priest). 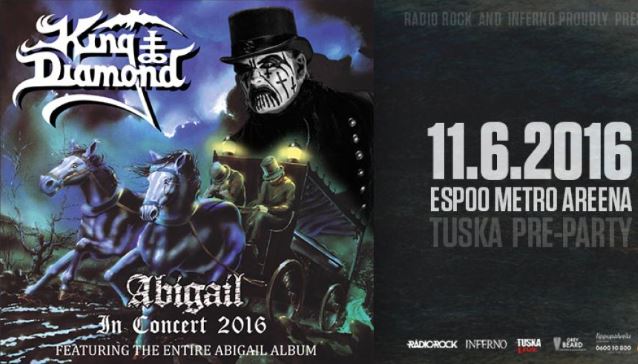