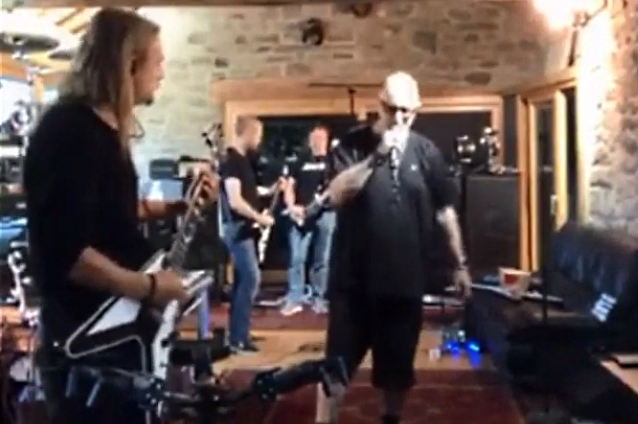 Video footage of JUDAS PRIEST rehearsing the band's classic song "Rapid Fire" on March 3 can be seen below.

This past January, JUDAS PRIEST's European tour with Ozzy Osbourne was postponed after the BLACK SABBATH singer fell ill. Those dates have been rescheduled to begin in September.

Bassist Ian Hill is the sole remaining original member of PRIEST, which formed in 1969. Singer Rob Halford joined the group in 1973 and guitarist Glenn Tipton signed on in 1974. Rob left PRIEST in the early 1990s to form his own band, then came back to PRIEST in 2003.