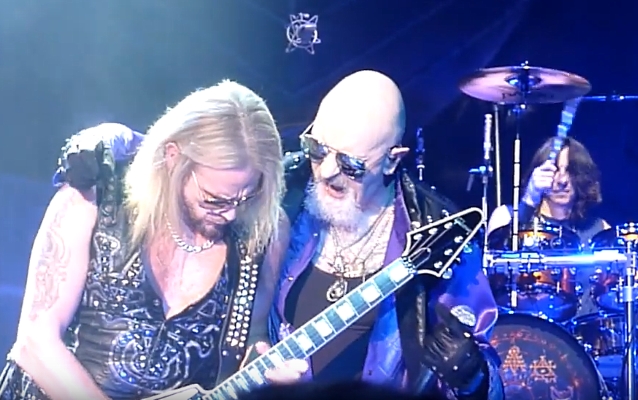 Fan-filmed video footage of JUDAS PRIEST's June 21 concert at ShoWare Center in Kent, Washington can be seen below (courtesy of YouTube user "The Attitude").

16. Hell Bent For Leather
17. Breaking The Law
18. Living After Midnight