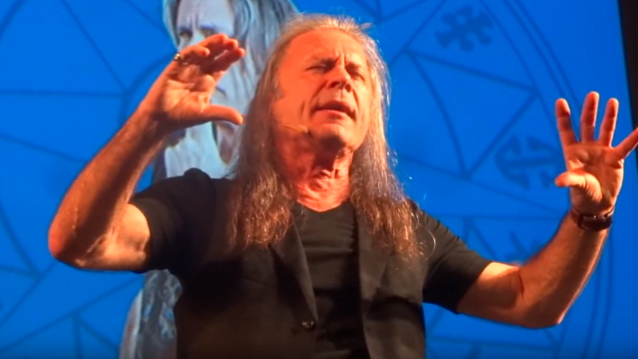 Fan-filmed video footage of Bruce Dickinson ending his spoken-word show at La Trianon in Paris, France on February 14 (Valentine's Day) by belting out a cappella versions of the IRON MAIDEN songs "Wasting Love" and "Revelations" can be seen below. 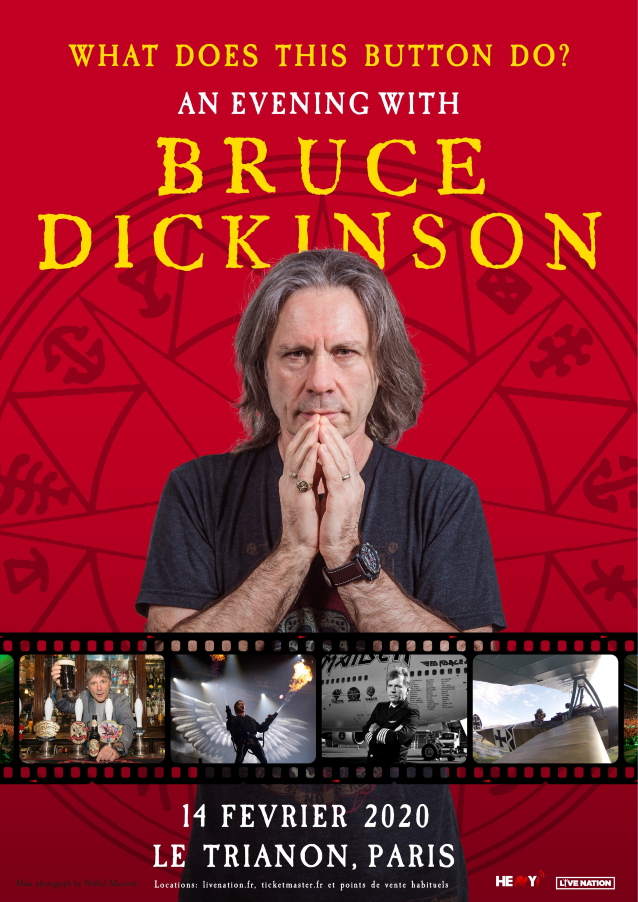