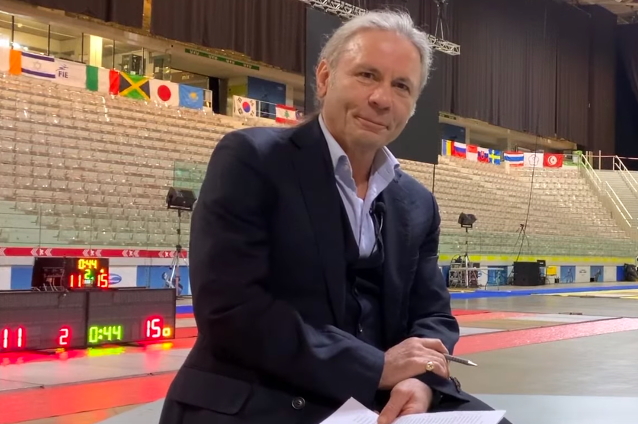 IRON MAIDEN singer Bruce Dickinson provided the commentary for the International Fencing Federation (FIE) channel over the weekend in Turin, Italy, which hosted fencing's first foil Grand Prix of the season. You can see video a report on the event's first day below, as well as an interview with Dickinson conducted by Italy's La Stampa.

Bruce started out fencing at the age of 13 in school, but only after being convinced by a teacher to try it. When he got into fencing, he discovered that it not only was about physical training, but giving the brain some exercise as well.

Five years ago, Dickinson was diagnosed with stage 3 throat cancer after doctors discovered a golf ball-size tumor on his tongue and another in the lymph node on the right side of his neck.

Dickinson, who turned 61 in August, has several other interests beyond music. He is a licensed commercial pilot and owns an aviation company. He has also done some acting and brewed beer.