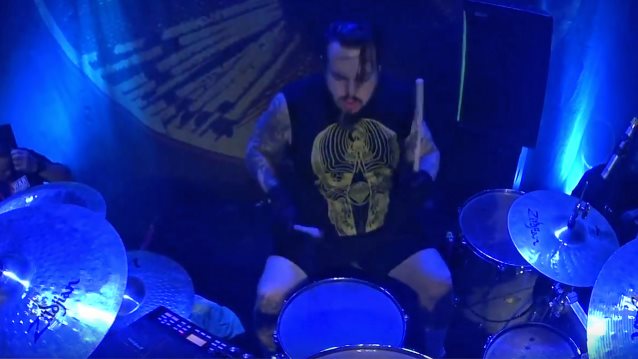 Drum-cam footage of former SEPULTURA drummer Igor Cavalera performing the SEPULTURA songs "Breed Apart" and "Straighthate" with his brother Max Cavalera (guitar, vocals) on February 23 in Chicago, Illinois can be seen below.