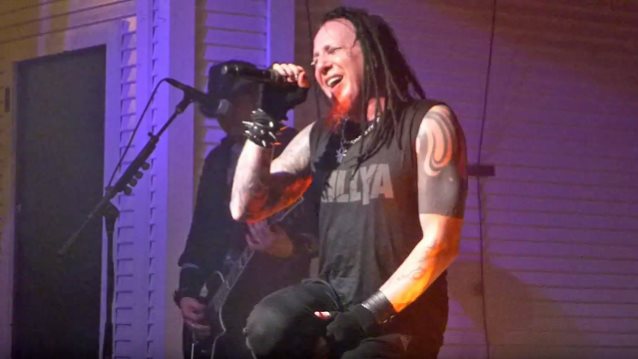 Fan-filmed video footage of HELLYEAH's March 7 performance at Brewster Street Icehouse in Corpus Christi, Texas can be seen below.

"Unden!able" includes some guitar work from late PANTERA guitarist "Dimebag" Darrell Abbott. Dimebag's brother, Vinnie Paul, dug out a recording that the brothers did many years ago of the Phil Collins song "I Don't Care Anymore". The rest of HELLYEAH overdubbed their own parts on to the cover for the album.

HELLYEAH's previous album, 2014's "Blood for Blood", was the album metal fans and critics were waiting for HELLYEAH to make, based on the revered metal pedigree of the individual members. Such an artistic achievement — the album debuted at No. 1 on the Billboard Hard Rock album chart — meant the band set the bar incredibly high. HELLYEAH does not disappoint with "Unden!able".

"We turned a corner with 'Blood For Blood' and we wanted to continue that path," Paul stated. "It's much heavier and darker, and we take it to another extreme." 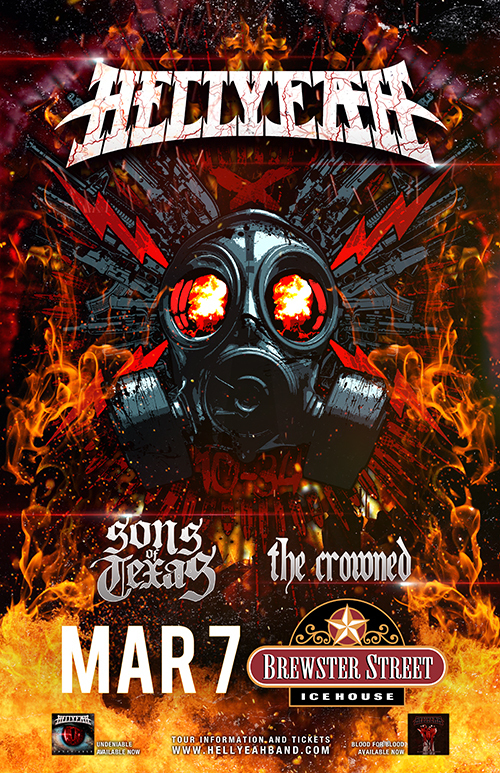