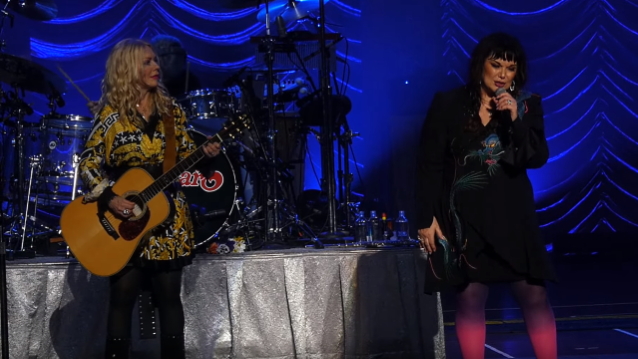 Fan-filmed video footage of HEART performing the LED ZEPPELIN classic "Stairway To Heaven" on August 13 at Merriweather Post Pavilion in Columbia, Maryland can be seen below.

Back in December 2012, HEART's Ann and Nancy Wilson delivered a moving rendition of "Stairway To Heaven", LED ZEPPELIN's signature song, at the Kennedy Center Honors. They were joined by Jason Bonham, son of original drummer John and the drummer for LED ZEPPELIN's 2007 reunion show. Their version of the track gradually grew to include a string section, a horde of backup singers and the Joyce Garrett Youth Choir. Jimmy Page, Robert Plant and John Paul Jones sat watching from the balcony and were visibly moved, particularly Plant, who had tears welling up in his eyes.

Ann Wilson wrote afterward on the HEART web site: "It was our honor to be asked to do it before an audience like that. My main goal though was to please Jimmy Page, Robert Plant and John Paul Jones... especially Plant, since all these many years he has taught me so much about singing from the soul and has given me such a pleasure in his lyrics. What a high that night was. Never to be forgotten!"

The group's first tour in three years kicked off on July 9 at the Hollywood Casino Amphitheatre in St. Louis, Missouri and includes stops in Chicago, Atlanta, Houston, Denver, and Los Angeles at the historic Hollywood Bowl, before wrapping October 13.

Produced by Live Nation, the now-48-city trek by the trend-setting, multiple-platinum Rock And Roll Hall Of Fame legends includes a stellar lineup with JOAN JETT & THE BLACKHEARTS joining the majority of shows. The first leg of the tour also includes Sheryl Crow, Brandi Carlile, Elle King and Lucie Silvas as special guests. 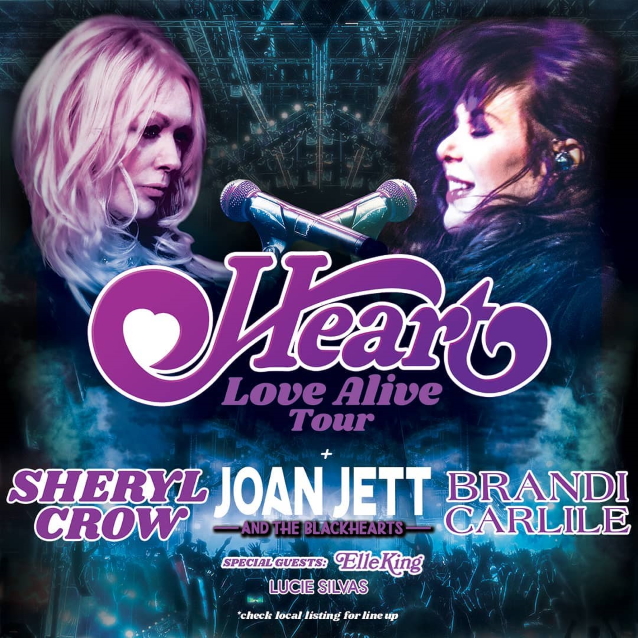