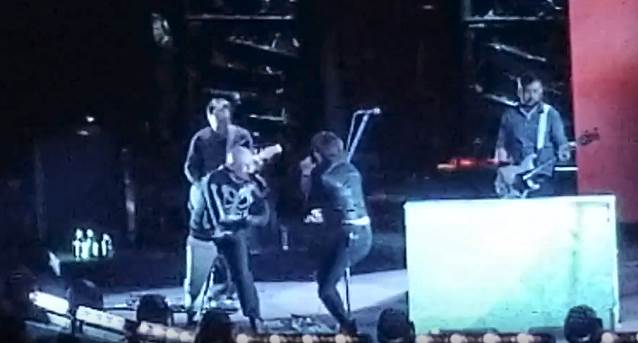 HALESTORM singer Lzzy Hale joined SMASHING PUMPKINS on stage Friday night (July 20) at the Bridgestone Arena in Nashville on Friday to perform a cover version of the LED ZEPPELIN classic "Stairway To Heaven". Fan-filmed video footage of her appearance can be seen below.

Last month, SMASHING PUMPKINS dropped "Solara", the first recording in over 18 years to feature founding Corgan, Iha and Chamberlin. Recorded in Malibu, California at Shangri La Studios with producer Rick Rubin and guitarist Jeff Schroeder, "Solara" is available now to stream and download on all digital music platforms via Martha's Music under license to Napalm Records.