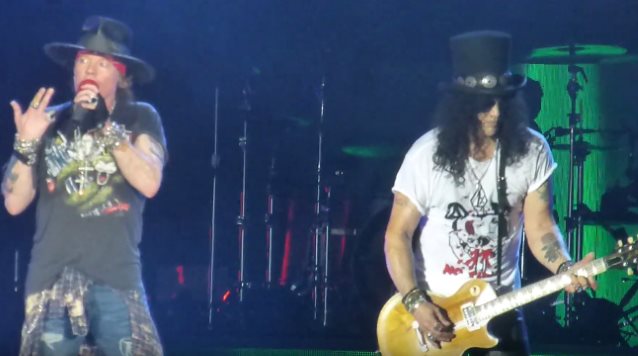 Fan-filmed video footage of GUNS N' ROSES' June 27 performance at Telia Parken in Copenhagen, Denmark can be seen below.