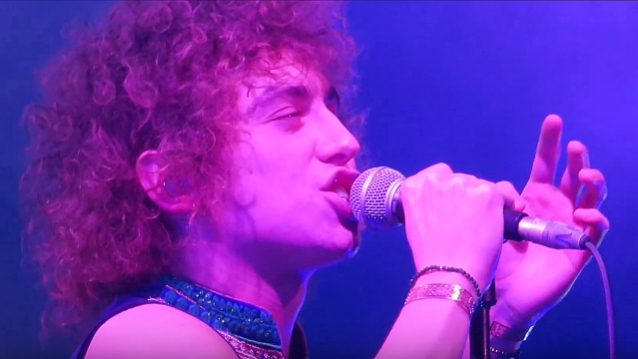 Fan-filmed video footage of GRETA VAN FLEET's November 12 concert at AFAS Live in Amsterdam, Netherlands can be seen below.

A new song from GRETA VAN FLEET, "Always There", was released in September. The track was originally recorded for inclusion on the band's debut album, last year's "Anthem Of The Peaceful Army", but it was ultimately decided it didn't fit the tone of the album. It appeared serendipitous when the makers of "A Million Little Pieces" requested it in the film's soundtrack.