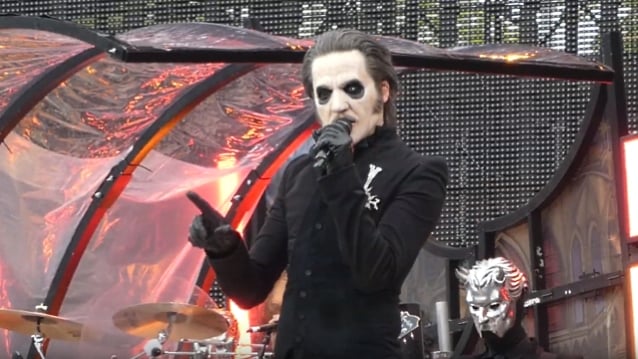 Fan-filmed video footage of GHOST's May 10 performance at Letzigrund Stadion in Zurich, Switzerland as the support act for METALLICA can be seen below.

Last week, GHOST mastermind Tobias Forge confirmed to Revolver that he will return to the studio in January 2020 to begin work on the band's follow-up to 2018's "Prequelle" album.

The band will embark on a North American tour this fall in support of the disc, starting on September 13 in Bakersfield, California and wrapping on October 26 in Glens Falls, New York. 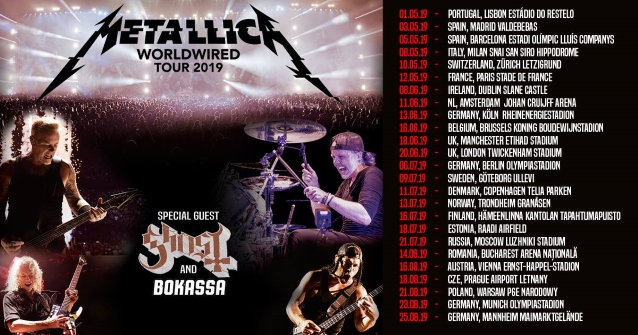