Rock Antenne has uploaded video footage of former QUEENSRŸCHE vocalist Geoff Tate and veteran German rockers BONFIRE performing acoustic versions of the QUEENSRŸCHE classics "Eyes Of A Stranger" and "Silent Lucidity". Check out the clips below.

On October 19, BONFIRE will release a covers album, "Legends", which pays tribute to a number of legendary artists of the rock and metal scene. The 32-song double album includes renditions of such classics as RAINBOW's "Man On The Silver Mountain", DEEP PURPLE's "Child In Time" and UFO's "Lights Out".

All the members of BONFIRE have been touched in a huge way by the power of music that it is now their life's work. This was the inspiration for BONFIRE's Hans Ziller to put together a concert tour with legendary singers joining his band to perform their most renowned songs. They introduced the concept of recording the songs so everyone could become familiar with the material. And then, with the passion and determination of Ziller and BONFIRE, it ended up going one step further. They performed the songs entirely as BONFIRE — with Alex Stahl on vocals, Hans Ziller and Frank Pané on guitars, Ronnie Parkes on bass, Tim Breideband on drums and the addition of Paul Morris on keyboards.

The members of BONFIRE have all been moved by these songs from their pasts. Great respect and care was taken to keep the main integrity of the songs but still incorporate the BONFIRE sound. With Ziller at the helm as producer, the tracks were recorded, mixed and mastered by Tom Müller at Flatliners Studios in Ingolstadt, Germany between June and August 2018. 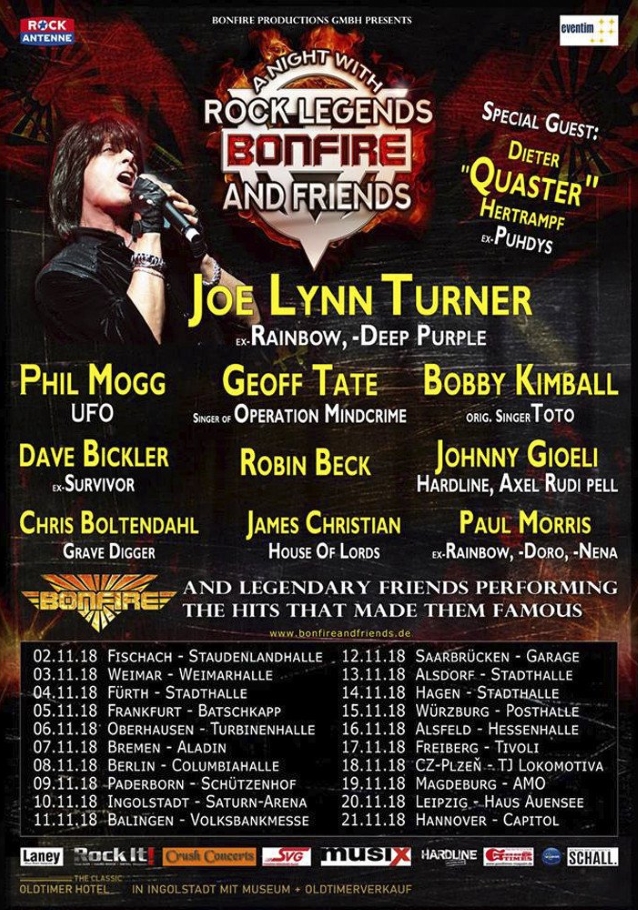