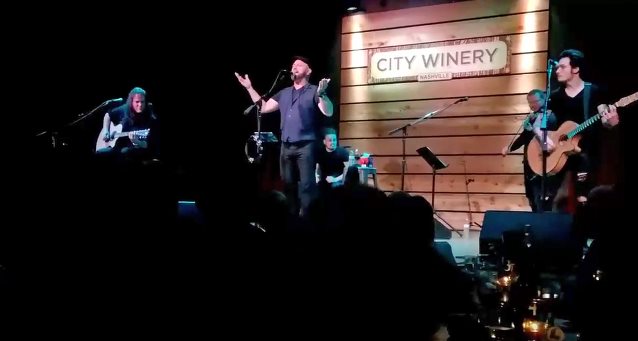 Fan-filmed video footage of former QUEENSRŸCHE and current OPERATION: MINDCRIME frontman Geoff Tate performing on February 13 at the City Winery in Nashville, Tennessee during his "The Whole Story 'Rÿche' Acoustic Tour" can be seen below.

Tate's current acoustic tour sees him performing songs from all 17 albums he has done throughout his illustrious 35-year career. Geoff is backed during the show by a seven-piece acoustic band of musicians from the United States and Ireland and features three guitar players, mandolin, cello, saxophone, violin and multiple percussion instruments to produce high-energy acoustic versions of some of the Tate's former band's most recognized songs, including "Silent Lucidity", "Jet City Woman", "Empire", "I Don't Believe In Love" and "Eyes Of A Stranger".

Tate recently told Dutch radio/TV station RTV Parkstad about his acoustic tour: "I'm doing an acoustic performance of my life story in music. Songs from all of the different records, and done in an acoustic fashion with acoustic guitar, mandolin, violin, cello, and an interesting percussion instrument called a cajón, which I believe is an Irish instrument. I have Scott Moughton on acoustic guitar, who also plays with me in my OPERATION: MINDCRIME project, and the rest of the lads are in an Irish band from Cork, Ireland called THE BAND ANNA. They're a fantastic band that my wife and I saw playing in a city park in Cork last summer. We loved their energy and their attitude, and we hired them to be our band for this tour. They're fantastic, a great bunch of guys. Very enthusiastic and wonderful musicians."

Regarding what fans can expect from his acoustic shows, Geoff said: "They can expect a lot of stories. I have stories for all the music that I'm playing. Interesting stories about the songs or how they were written, or interesting antidotes as to what happened while making that song. Stuff that I always wanted to know when I would read a book about a musician. I always wanted to know, 'How did you come up with that idea? Or what led to that idea?' I tell a lot of stories and the music is very intimate. When you play acoustically, it's interesting because you're reversing how the song was written in a sense. Most songs, in my experience, are written on either an acoustic guitar or piano, then you start building them up to what they become for the record. You add different guitars and drums, and that kind of thing. This is reverse engineering. You're bringing the song back to where it started, which I like." 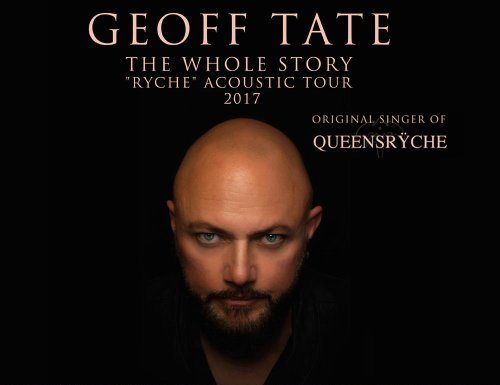