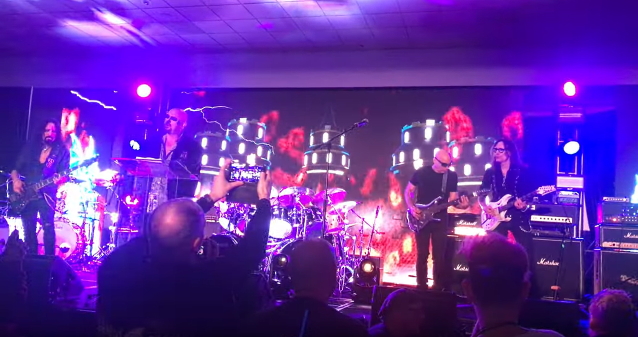 Tate, Vai, Satriani and Poland were inducted into the Metal Hall Of Fame during last night's ceremony, which was hosted by television and radio personality Eddie Trunk.

Metal Hall Of Fame is dedicated to forever enshrining the iconic musicians and music industry executives responsible for making hard rock and heavy metal music what it is today. Their contribution to the genre is invaluable, and they continue to inspire fans throughout the world, from generation to generation. It is part of the 501 (C) (3) non-profit organization D.A.D. (Drums And Disabilities), which provides free therapy services for disabled children and their families in hospitals and community centers throughout the United States.

Last night's Metal Hall Of Fame ceremony was filmed for Amazon Prime Movies. The footage will be aired later in the year on Amazon Prime. 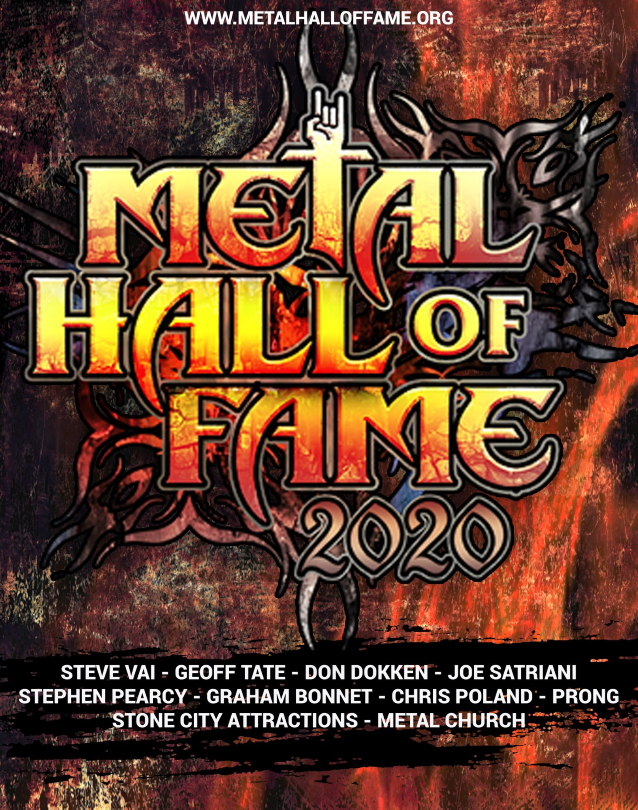