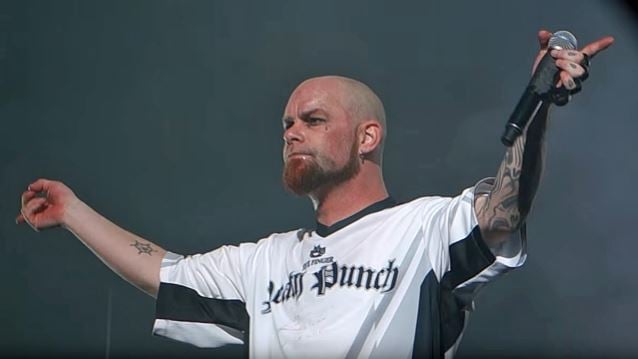 As previously reported, the second volume of FIVE FINGER DEATH PUNCH's two "The Wrong Side Of Heaven And The Righteous Side Of Hell" releases was officially certified gold on October 21 by the RIAA (Recording Industry Association of America) for sales in excess of 500,000 copies. The certification comes eight months after RIAA started including on-demand audio and video streams and a track sale equivalent in gold and platinum album award.

FIVE FINGER DEATH PUNCH was the recipient of two other sales awards this year. Back in February, the band's 2009 album "War Is The Answer" was certified platinum while the group's latest effort, 2015's "Got Your Six", went gold this past August.

The first volume of "The Wrong Side Of Heaven And The Righteous Side Of Hell" was certified gold in March 2015.

FIVE FINGER DEATH PUNCH bassist Chris Kael told Metal Covenant about the band's extraordinary commercial success: "It's something that we're well aware of. Honestly, we are lucky in the sense that, in an age where people aren't buying a whole lot of records, we still have support from the fans, who know that in order for us to be able to tour the world, and to be able to put on the big type of shows that we have, that's an important part of the entire puzzle, and fans are well aware of that on our end. And, you know, they support us and are chomping at the bit to get out in the stores and buy [our next album]."

FIVE FINGER DEATH PUNCH's current co-headlining arena tour with SHINEDOWN kicked off on October 18 in Little Rock, Arkansas and will run into December. SIXX A.M. and AS LIONS are along as support. 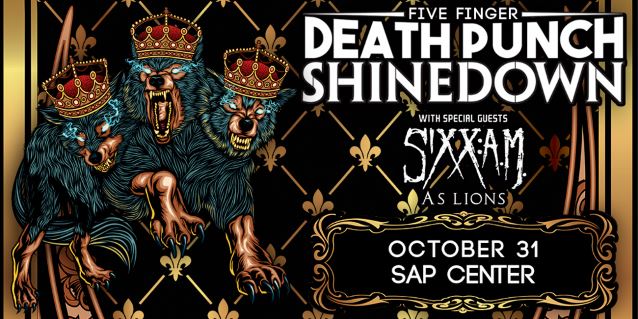