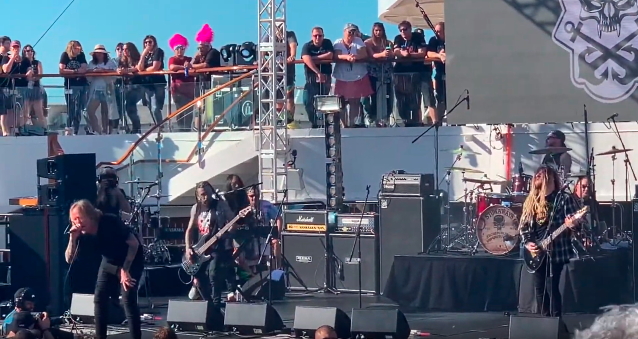 In a November 2018 interview, Bell said that FEAR FACTORY had completed a new album tentatively titled "Monolith". He also said that "legal technicalities" needed to be sorted out before the record could be released. The effort, which is expected to once again be made available via Nuclear Blast, will mark the Californian band's first collection of new music since 2015's "Genexus" LP.

FEAR FACTORY has been largely inactive since the completion of a 2016 U.S. tour on which it performed its classic second album, "Demanufacture", in its entirety.

The band was the subject of breakup rumors in May 2017 when the band's former bassist-turned-guitarist Christian Olde Wolbers posted a since-deleted eulogy for FF on his Instagram. He wrote "RIP Fear Factory" and appended that post with the hashtag #GrownAssMenThatCantWorkOutShit.