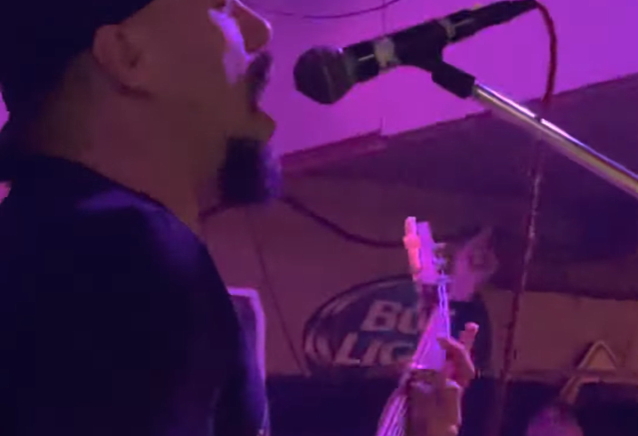 Video of former SOULFLY guitarist Marc Rizzo performing the SEPULTURA classic "Territory" this past Friday (December 31) at Not Whole Studios in Harmony, Maine can be seen below.

Although Rizzo's departure from SOULFLY wasn't officially announced until August 7,2021, it was widely speculated that he was out of the group two days earlier when it was revealed that FEAR FACTORY's Dino Cazares would play guitar for SOULFLY on the band's last U.S. tour, which kicked off on August 20 in Albuquerque, New Mexico.

Rizzo addressed his split with SOULFLY in an interview with "The Ex-Man" podcast hosted by Doc Coyle (BAD WOLVES). Speaking about the circumstances that led to his exit from SOULFLY, Rizzo said (as transcribed by BLABBERMOUTH.NET): "There's a lot of confusion that goes on there, obviously. Everybody knows the history of the band — a lot of confusion. Which is all right — there's confusion everywhere in this world. But I definitely was putting in more than what I [was] getting out, obviously, and I think the fans have recognized that. They see the live show turned into that, the records turned into that. It's pretty obvious what was going on. I've got hundreds of fans writing me every day understanding online here. It is what it is. It's the politics of the band. It's Max's [Cavalera, SOULFLY frontman] band — that's definitely his thing. Was I doing more as the years went on? Absolutely. And, obviously, you can see that in live shows. The live show's right there in front of you — in black and white — what was going on. So, when this whole [pandemic] hit, it was just, like, 18 years in, and I'm working a day job now, and I wasn't really getting great advice, per se, as far as what to do, as far as certain things and how to get loans [from the government] or whatever it was. I tried filing for those things. I took the information that was given to me, and none of it made sense. I couldn't figure out anything. I tried applying for some of these things, and I couldn't figure it out. So, however the other two guys in the band — Max and Zyon [Cavalera, SOULFLY drummer] — got whatever loan [to help them financially during the pandemic] is beyond me. If I can't figure it out, then I'm sure they couldn't figure it out. So there must have been some sort of band accountant or somebody that did stuff [for them]."

Marc went on to say that his working relationship with SOULFLY simply "ran its course. Honestly, I think I stayed too long," he said. "I probably should have quit — I wanted to quit about five [or] six years ago. That's when things, in my opinion, just started to go downhill. There's a lot of things that are just obvious, again, if you watch the live show that I'm not even nitpicking about — the fans are talking about. If you go to any message board, the fans always talk about the same things about the live show. I think five or six years ago, I really probably should have split. But I felt bad, and I felt I had some loyalty to everybody and I didn't wanna leave everybody hanging. Obviously, I had a major part in the riffing in the live show and on the records. But, thankfully, everything went down the way it did. COVID opened my eyes to a lot of things, and I'm in a way better place now."

In August, Max told Metal Kaoz that Marc has been spewing out "lies and bullshit" in some of his recent interviews regarding his departure from SOULFLY. "All these accusations — it hurts," he said. "It hurts to hear. After everything that we did for him, which was a lot — we put him on all the records and always took really good care of him, always really, really gave good treatment to him. To hear him backstabbing us like that, it's just not nice. He's obviously trying to get fans to be against me and make him the victim… It just sucks to hear all that. It definitely hurts me when I hear all these accusations that I know are lies and bullshit; it's all fabricated by his crazy mind. I don't know. It's a strange situation."

He added: "I don't want to turn this into an ugly thing. I don't wanna talk bad about him; I really don't. Of course I don't like those accusations, and it's bullshit, but he has the right to say whatever. But I think we treated him really good through all those years. We put him on the map pretty much. When he joined the band, not many people knew him. Just a little bit of gratitude would have been nice. Because even on 'Max Trax' [Cavalera's twice-weekly Internet video series in which he discusses the inspiration for many of the songs spanning his nearly 40-year music career], when I mentioned that I fired him, I thanked him for the 18 years of SOULFLY, and I said good luck on his projects. I'm not bitter. I don't wanna be a bitter guy." 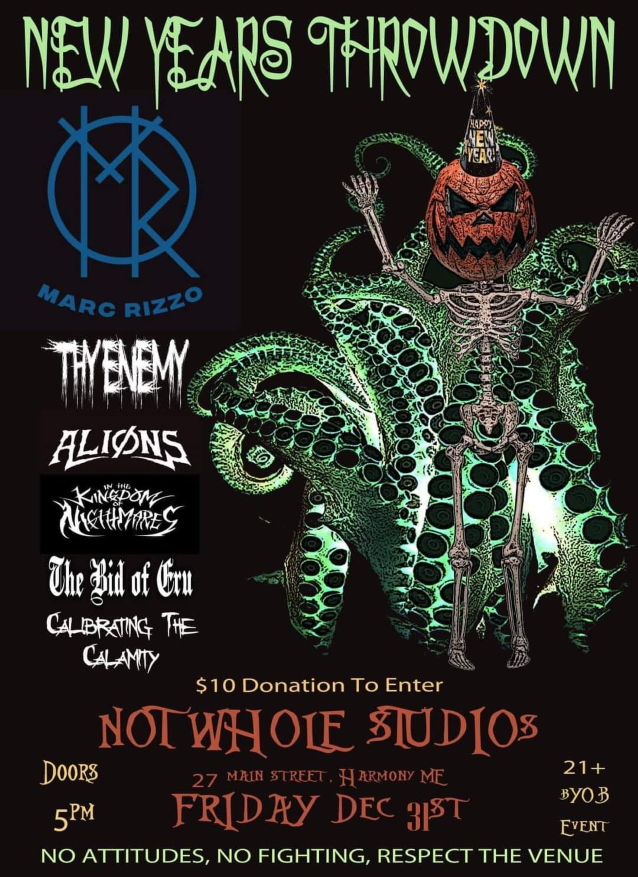