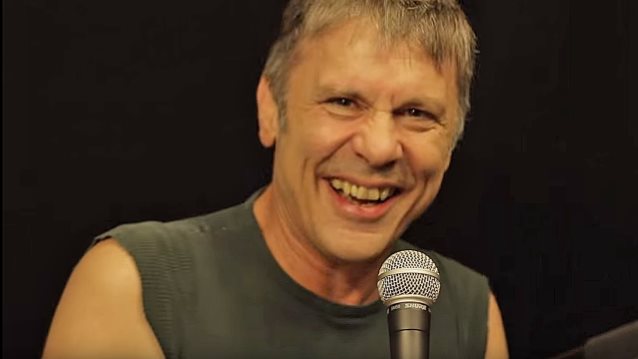 A nearly two-hour special on the 11th annual Classic Rock magazine awards — the Classic Rock Roll Of Honour — whick took place on November 11 at The Roundhouse in Camden, London, can be seen below.

AC/DC scooped the prize for "Band Of The Year" while IRON MAIDEN's "The Book Of Souls" was named "Album Of The Year".

QUEEN was named this year's "Living Legends" while Alice Cooper's "Welcome To My Nightmare" landed the "Classic Album" award.

LED ZEPPELIN's massive remastering project led by Jimmy Page was voted top in the "Reissues Of The Year" category and Noddy Holder was named "Showman Of The Year".

Joe Satriani took the "Maestro Of The Year" prize and the "Tommy Vance Inspiration" award went to Jimi Hendrix. It was presented to Hendrix's sister Janie by MOTÖRHEAD frontman Lemmy.

Referencing Jimi's track "I Don't Live Today", Janie Hendrix said: "Legends will never die. Jimi once asked, 'Will I Live Tomorrow?' Tonight Classic Rock and everyone here has answered that question with a resounding, 'Yes.'"