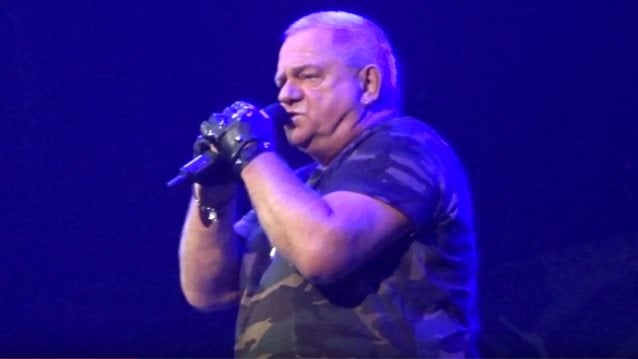 Fan-filmed video footage of DIRKSCHNEIDER, the band fronted by former ACCEPT and current U.D.O. singer Udo Dirkschneider, performing on November 26 at the Aria Fest in Moscow, Russia can be seen below.

Udo recently told Finland's Kaaos TV about the ongoing DIRKSCHNEIDER "Back To The Roots - Farewell To Accept" tour, during which is playing classic ACCEPT songs for the last time: "There was already a plan that we [would] do the second part of this. I mean, so many people wanna have this show. And we [were] not in Austria, we [were] not in Italy, we'll do more shows in Germany, and also now we go America with the whole thing, and Canada. So, I don't know. The whole thing was exploding. At the moment, there is, in a way, a break with U.D.O.; we [will start in] the beginning of March working on a new album, so I mean, why sitting home? Instead we can do stuff like this. So, yeah, it's a lot of fun, and the people like it, it looks like, and yeah, why not?"

Regarding the fan response to the DIRKSCHNEIDER tour, Udo said: "Yeah, nearly everything [has been sold out]. In Germany already so far, two shows are sold out and the other ones are nearly [sold out]. So, yeah, the whole thing was not planned like this. It was planned to do, let's say, ten [or] fifteen special shows in Europe, and then that's it. But then the whole thing was, like, I don't know… exploding, you know. So many people [said], 'Ah, we wanna have this. We wanna have this.' And I'm still surprised about this. There's a lot of interest, and it's good to see; the people wanna see this. Of course, there has to be an end [laughs], and that will be after the American tour and Canada tour in the beginning of February. And then we make a short break, and then we start working on the next U.D.O. album. So a lot of people were thinking, 'Oh, that's it. This is the last time he's on stage.' No, no, no — don't worry. [Laughs] We're coming back with U.D.O."

DIRKSCHNEIDER released a live album called "Live - Back To The Roots" on October 28 via AFM Records. The effort, which was recorded on April 2 at Kaminwerk in Memmingen, Germany, was made available as two-CD digipak and gatefold three-vinyl in four different colors (black, gold, silver and clear). 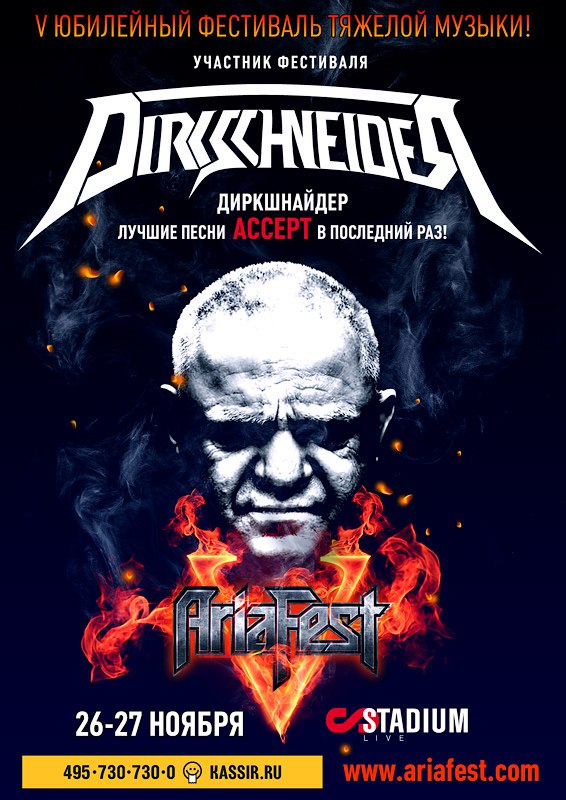