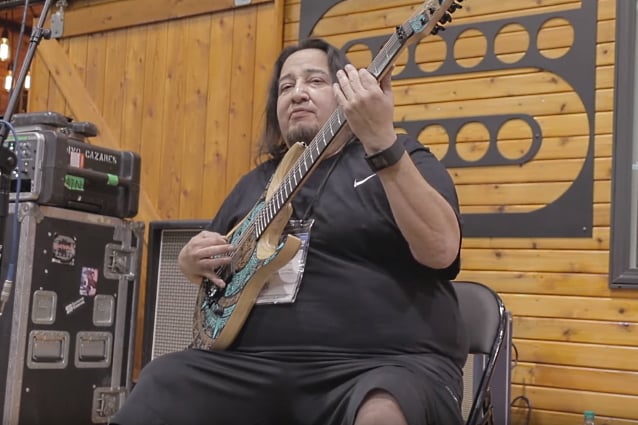 Gear Gods has uploaded video footage of Dino Cazares performing FEAR FACTORY's classic songs "Demanufacture" and "Zero Signal" at the Seymour Duncan booth during the NAMM 2020 show in Anaheim, California. Check out the clip below.

In a November 2018 interview, FEAR FACTORY singer Burton C. Bell said that the band had completed a new album tentatively titled "Monolith". He also said that "legal technicalities" needed to be sorted out before the record could be released. The effort, which is expected to once again be made available via Nuclear Blast, will mark the Californian band's first collection of new music since 2015's "Genexus" LP.

In 2016, FEAR FACTORY completed a U.S. headlining tour on which it performed its classic second album, "Demanufacture", in its entirety.