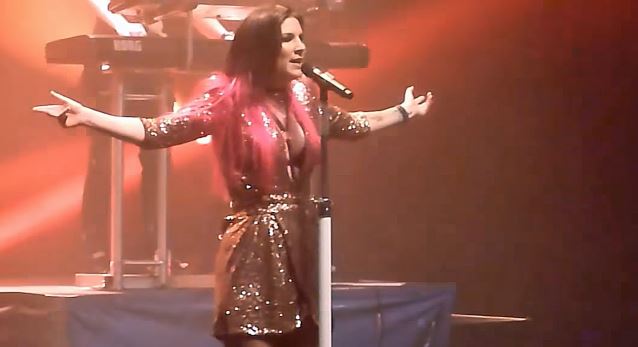 Video footage of DELAIN's November 3 performance at Le Metronum in Toulouse, France can be seen below.

As previously reported, DELAIN and HAMMERFALL will join forces for a co-headline North American tour in the spring of 2017.

DELAIN will be touring on the heels of their recently released and critically acclaimed album, "Moonbathers". This tour will be the first time that DELAIN has played selections from the new album. Fans can expect all the DELAIN classics that they have come to love over the years as well. This will also be the first time that fans will be treated to a proper DELAIN headline show.

Asked what inspired the "nighttime" theme for DELAIN's "Lunar Prelude" EP and "Moonbathers" album, frontwoman Charlotte Wessells told Distorted Sound: "Even before we thought of the EP 'Lunar Prelude', we already knew the full album was going to be called 'Moonbathers', so for the EP we derived it out of that, as we knew we were going to do a selection of songs that are from the full album, and since we knew it was going to be called 'Moonbathers', that was the easy one. As for 'Moonbathers' itself, we had a lot of tracks on this record that were very dark, depressing, and even morbid on some tracks, and I always told myself as a lyricist… I always get really inspired to write songs when I'm really sad. If you listen to the tracks, it might sound like I'm a very depressed person, but that's not even true, I get inspired when I'm in a bad mood. When I'm happy, I'll go outside or run out, work out, you know? Different moods inspire me to do different things, but my general attitude to lyrics is that even when I'm writing about things that inspire me most, your darkest emotions, my approach has always been that if people listen to that, and have the same kind of emotions, they can relate to that. I want the lyrics to be a reflection of how that feels. However, I don't want to strengthen that negative emotion."

She continued: "For me, I've always told myself it's fine to write about difficult things and sad things, but there should always be a light at the end of the tunnel, a resolution or a way out, and to not make it hopeless. And the thing for myself is whenever I feel bad and I listen to music of artists I really like, listening to sad tracks actually makes me feel better, you know? It's a very funny thing, that you can find such comfort in such a dark place. I was kind of looking for a metaphor for that, and I was hesitant about 'Moonbathers', as the moon has been used so much for so many cultural outlets but for me the moon kind of remains the ultimate symbol of finding the light in the dark, the comfort in the night. So for me, thinking about the themes of the songs being dark and morbid, I thought that 'Moonbathers' was a good title for that. Yes, that's where it comes from. But, on the other hand, it's also about that comfort in the darkness." 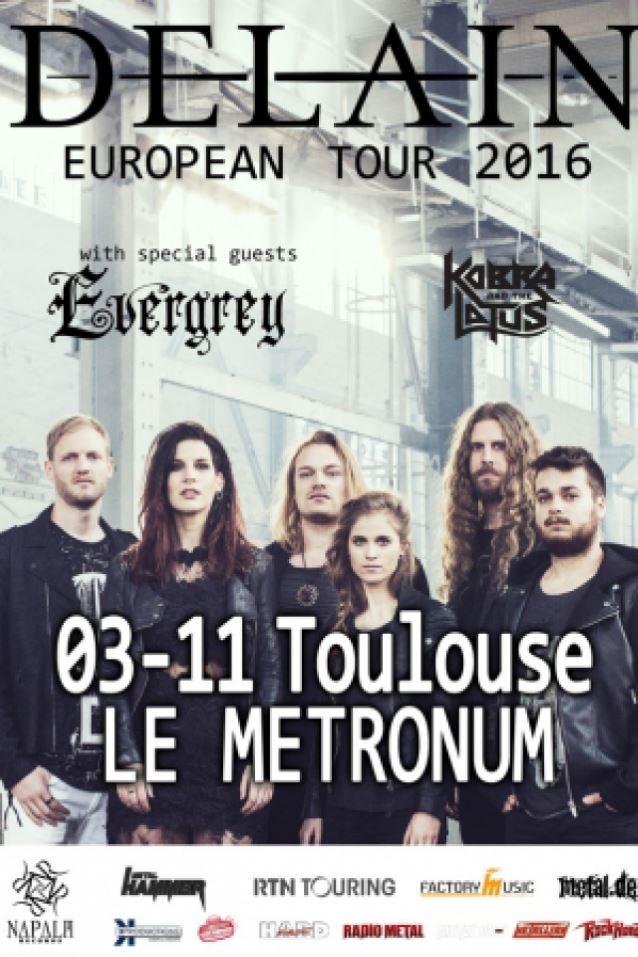