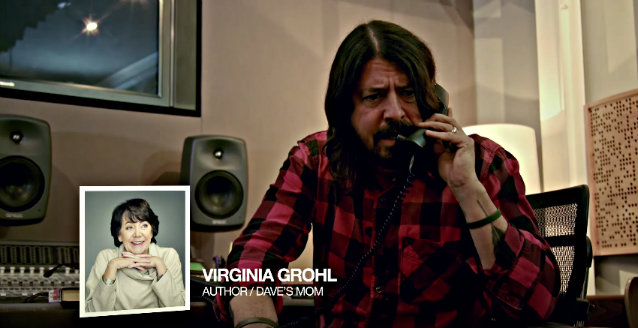 FOO FIGHTERS frontman Dave Grohl's mother has just released a new book titled "From Cradle To Stage: Stories From The Mothers Who Rocked And Raised Rock Stars", which features interviews that Virginia Hanlon Grohl conducted with 18 rock mothers, including the moms of musicians like RUSH's Geddy Lee and RAGE AGAINST THE MACHINE's Tom Morello.

Also in the book are interviews with the mothers of BEASTIE BOYS' Mike D, Miranda Lambert, MAROON 5's Adam Levine and the late Amy Winehouse.

A new promotional video for "From Cradle To Stage: Stories From The Mothers Who Rocked And Raised Rock Stars" in which Virginia Hanlon Grohl and Dave Grohl discuss the book's contents in a phone call can be seen below.

Dave Grohl has penned the foreword to "From Cradle To Stage: Stories From The Mothers Who Rocked And Raised Rock Stars" in which he writes that the interview with Janis Winehouse "hits close to home because there are some parallels between Amy and Kurt [Cobain]."

Amy Winehouse and Kurt Cobain both died at the age of 27 after struggling with fame and drug addiction.

Virginia Grohl told Rolling Stone that before writing the book, she was surprised at how rare it was to meet mothers of other rock stars at their kids' shows. She added about the moms she interviewed, "They all said, 'Oh, there's nothing interesting about me except for my son or daughter.' And then it turned out that wasn't true at all."

"From Cradle To Stage: Stories From The Mothers Who Rocked And Raised Rock Stars" arrived on April 18. 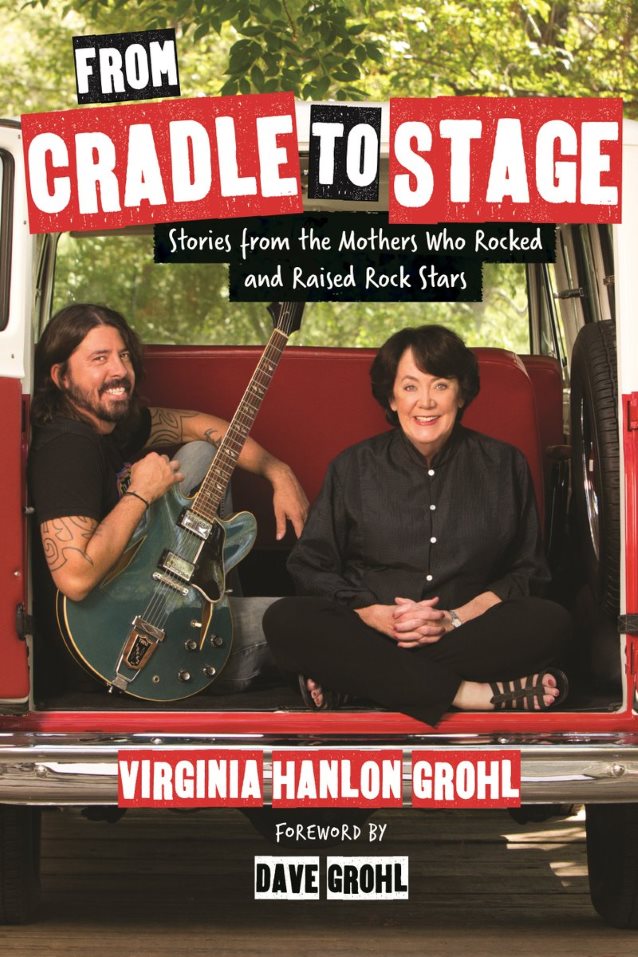